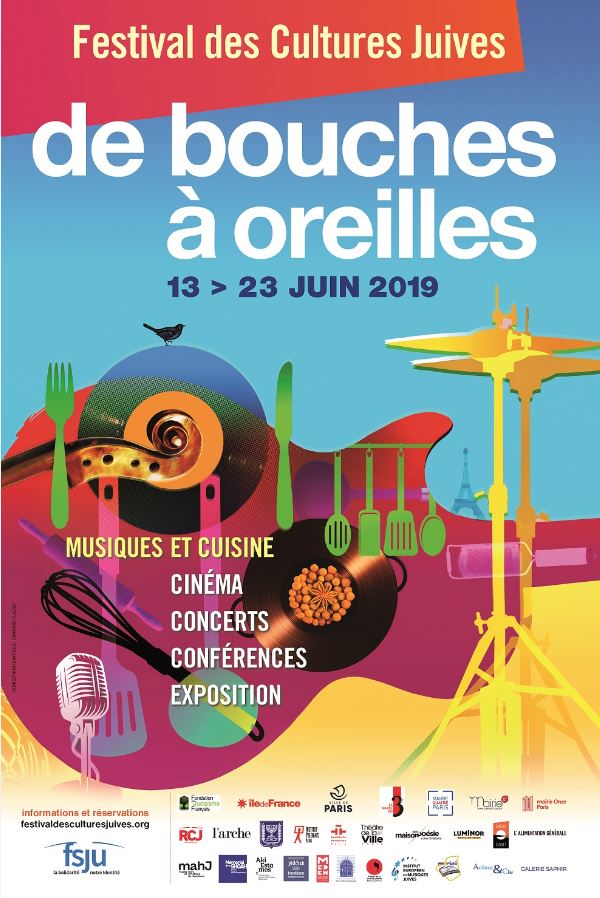 From the 13th to the 23rd of June 2019, the Festival of Jewish Culture presents a multidisciplinary program (concerts, movies, conferences, exhibitions)… aimed to make discover the richness and diversity of Jewish culture, in a spirit of openness, dialogue and cross-cultural exchanges…

The themes of the festival of Jewish Culture 2019 are: music and gastronomy. This year, music and gastronomy are honoured, their goal being the enchanting of life. A will to “revisit” Jewish culture, the taste of Yiddish and Judeo-Spanish, the flavour of our grand-mothers dishes, the smell of Algerian spices and the klezmer harmonies.

Program of concerts and conferences :