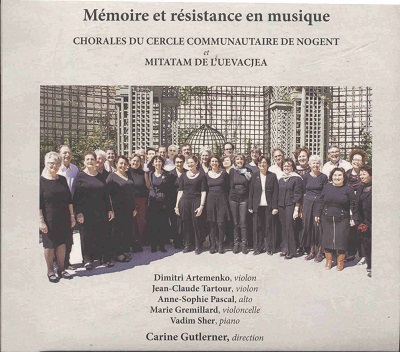 Through its multiple peregrinations, the Jewish people accumulated a diversed musical heritage in all languages : Hebrew, Yiddish, Judeo-Spanish, Judeo-Arab.

With this CD, the choirs Mit a Tam of the UEVACJEA in Paris and the Cercle Communautaire of Nogent wish to transmit the memory of a lost world and people, their joys, their griefs, their doubts and hopes, that they revive with the music.

These two choirs sing together since several years. It’s their first CD. They are accompanied by a string quartet and a piano conducted by Carine Gutlerner.

This CD was recorded with the support of the Fondation pour la Mémoire de la Shoah.