All along this program Hélène Engel will speak about the origins of Yemenite Jews and their history, illustrated with many sound examples, such as piyutim.
Some of these songs come from the CD : Jewish Yemenite Diwan published by the museum Beth Hatefutsoth in Tel Aviv. 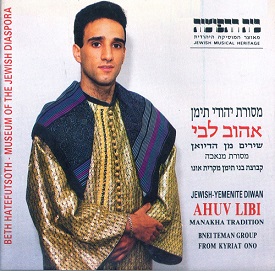 Yemenite Jews are Jews who lived, or whose recent ancestors lived in Yemen, in the southern tip of the Arabian Peninsula.