Black Sabbath, made by the Idelsohn company, is the first compilation that presents Afro-American singers performing Jewish songs in the 1960’s.

This CD shows the influence of Jewish music and Yiddish culture in Afro-American music, with famous artists such as Aretha Franklin, Lena Horne, Cab Calloway … 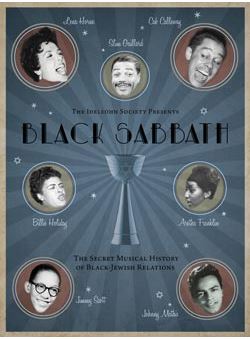