His solo career allows him to establish himself as one of the most popular pop rock singers of his generation, with songs liks Quand la musique est bonne (1982), Je te donne (1986) or On ira (1997). Later on, he will write lyrics and music for many famous artists such as Céline Dion or Johnny Hallyday. 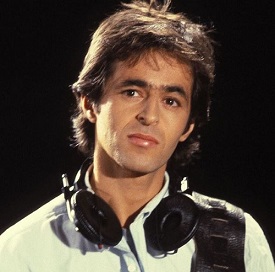