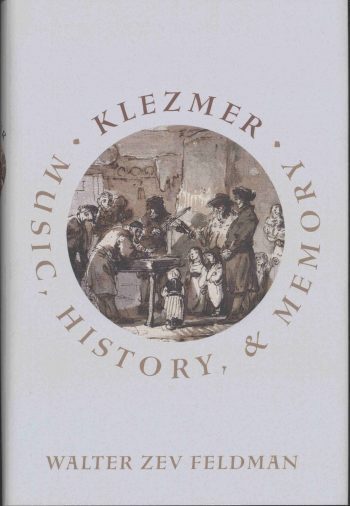 Klezmer : Music, History and Memory is latest study of the music created by the Jewish musicians of Eastern Europe. Klezmer music was the unique example of an instrumental repertoire and performance style created by Jews. Its primary venue was the Jewish wedding, with its many ritual and processional melodies, its table music for listening, and its varied forms of Jewish dance. This book demonstrates the relation of klezmer music to Jewish dance connected both to synagogue prayer and to the Yiddish language.

The first part of the book tells the story of the rise of the Jewish musician’s guild in 16th century Prague and its survival and transformations in Poland and Lithuania and later in the Russian Empire during the 19th century.

The second part deals with both the processional and the dance repertoire of the klezmorim. This repertoire was composed for centuries by a stable combination of musical elements coming from the Ashkenazic liturgy, from the Western European Baroque, and from the music of the Ottoman Turks.

Author Walter Zev Feldman examines the major sources principally in Russian, Yiddish, Hebrew, and Romanian from the 16th to the 20th centuries, including interviews with authoritative European-born klezmorim conducted over a period of more than thirty years in America, Eastern Europe, and Israel.

In its musical analysis, this book draws upon the foundational collections of the late Tsarist and early Soviet periods, plus rare cantorial and klezmer manuscripts from the late 18th to the early 20th centuries.

Learn more and order the book