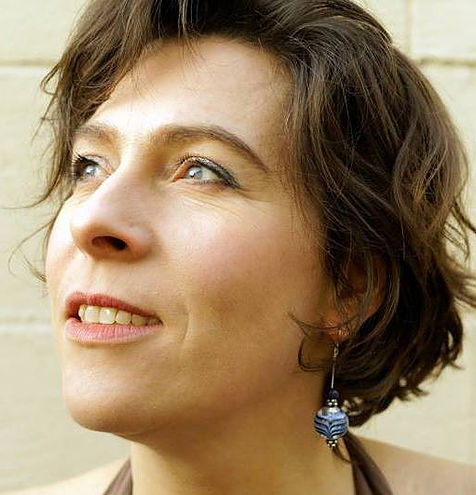 After a first piano prize of the City of Paris, a first singing prize (Orsay), and a degree in musicology at the Sorbonne University, Mélanie Gardyn perfected at the Maurice Ravel International Academy in 2007 and at the Francis Poulenc Academy in 2008 (François Leroux, Jeff Cohen, Laurence Schifrine, Noel Lee …). She takes part in the Atelier Philidor in Tours (François Bazola, Frédéric Michel, Noémie Rime …) and follows the Master-Classes of John Norris (Berlin), Anne-Marie Rodde, Jean-Pierre Blivet (European Higher Institute of Voice) and Margreet Honig (Amsterdam). She also works under the direction of singers like David Selig or Thomas Palmer.

​She sings in musical ensembles such as the Concert Spirituel (Hervé Niquet) or the Choir of Radio France (Riccardo Muti). Very soon, she was proposed solo roles: Venus and Lucinde in Monteclair’s Summer Fest, or Medea in the show Charpentier, a musician of paradox. It was at this moment that she began her collaboration with Miss de Guise’s Musicians under the direction of Laurence Pottier, with whom she works regularly since 2005.

​She also plays the roles of the Cat and the Squirrel in Ravel’s The Child and Spells, Despina in Mozart’s Cosi fan tutte under the direction of François Bazola and Yves Beaunesne (more than 35 performances in many theaters including Tours Opera, the Theater of the Athenee in Paris or the Royal Opera of Versailles …), Madness and Love in Plane of Rameau at the Neuköllner Oper of Berlin (Robert Lehmeier), Pamina in Mozart’s Magic Flute (Adriano Sinivia) She also recorded songs by Clara Schumann (Radio France).

​Of an eclectic nature, she will also sing Gigolette in the creation of the Arsenal d’Apparitions, jamjam, Bayonne candy (after Tromb-al-ca-zar of Offenbach), in particular at Grenier à Sel. ‘Avignon 2014’), as well as Anna Marly, a singer in resistance with the guitarist Fréderic Costantino.

​More recently, she participated in the recording of the last disc of Ensemble Athénaïs (5 Diapasons) and performed Michaëla (Bizet’s Carmen) under the direction of David Molard. Shecan also be heard in a Russian repertoire with the trio Makarenko, in the show The Snow Storm, directed by Alexandre Foin.

In May 2017 she won in Amsterdam with Natacha Medvedeva the 1st international prize for Jewish music and the Mira Rafalowicz prize, with the Sutzkever Project.