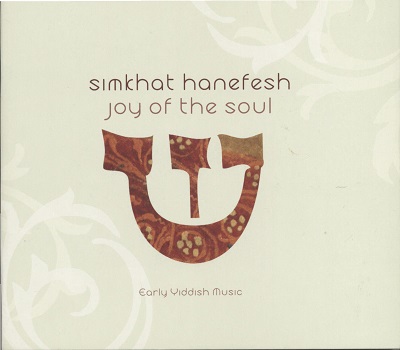 By the Ensemble Simkhat Hanefesh

The CD Simkhat Hanefesh features popular songs from the ashkenazic realm, from the Renaissance to the baroque era (from the XVth to the middle of the XVIIth century).

Western Yiddish of the Renaissance and Baroque is not the same as modern, Eastern Yiddish just as older variants of other European languages differ from their contemporary versions. A speaker of Eastern Yiddish might notice the lack of Slavisms or a different pronunciation of Hebrew words.

This disc gathers 20 instrumental or sung tracks (mainly in Western Yiddish, but also in French or in Hebrew) from authors and composers of that time, such as Guglielmo Ebreo de Pesaro, Wolfgang Dachstein, Leyb Kottenheim or Shloyme Singer of Prague. 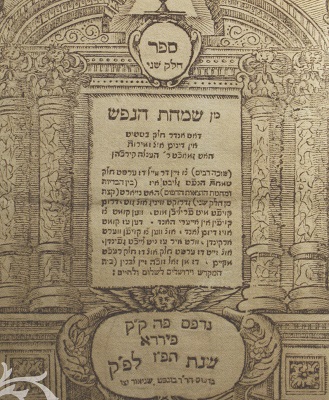 Printed in 1726/1727 in the town of Fürth in Germany, Simkhass hanefesh (Joy of the Soul) is the first book known to us which presented Western Yiddish songs with their melodies. Nevertheless, Europe was home to an intensive and rich Yiddish song culture in the centuries before and after. These songs were mainly distributed as small and cheap prints containing texts only, but often with an indication as to their melodies. To specify a tune, the author or publisher would add a phrase such as “to the melody …” and then give the first line of a well-known song.

Many Jewish authors used popular melodies and applied new texts to them. Their motivations for doing so could range from simple delight in the music to an increased chance of selling their versions to a conscious attempt of replacing certain texts with those of higher “moral value”. Thus, they created a contrafactum, of the use of a known tune on which we apply new texts. Catchy tunes would sometimes be known almost everywhere in Europe, with texts adapted to the specified public (Jews, Protestants or Catholics, or suitable for the Court).

The songs Ashkenazim delighted in, their various manners of singing, playing and dancing were not always approved of by the authorities, Jewish and non-Jewish alike. Many complaints are to be found in sources of the period: about women singing in public, about Christians and Jews dancing together, about Jewish musicians playing for Christians and vice versa, about the contents of songs that were deemed too frivolous, such as khutspe lider (impudent songs) which were in fashion for many generations. 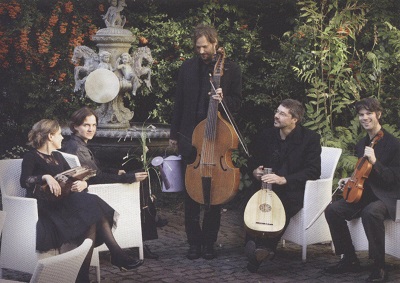 Gathered around the researcher, teacher, musicologist and soprano singer Diana Matut, the five musicians perform these songs with music instruments of that time, such as the nyckelharpa (traditional Swedish musical instrument from the family of the vielle), the baroque violin, the lute, the theorbo or the viola da gamba.

Coming along with a rich 60 page booklet, in English and German, with pictures, and featuring the translations of the songs, as well as footnotes on the authors and their works, this CD is a beauty, to which you can listen without restraint.