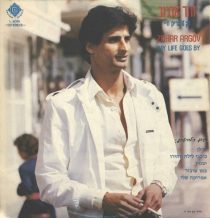 Zohar Argov, whose real name is Zohar Orkabi was an Israeli singer, born in the city of Rishon LeZion in Israel, on July 16, 1955. Of Yemeni descent, from a modest family, Zohar Argov was the eldest of ten children. Since childhood he developed a certain gift for singing, especially in the Yemeni community.

From the beginning of his career, his music – much appreciated by soldiers – was heard in all military bases, although for family reasons he could not serve in the army. 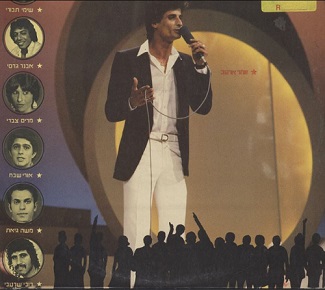 His first album Elinor (1981), presents the song «Sod HaMazalot» and «Mah Lakh Yaldah», tribute to his ex-wife, Braha. In 1982, he won the title of best Israeli singer at the famous music festival « Lamnatséah Shir Mizmor » with his hit song « HaPerah BeGani » (The flower of my garden).

His musical success will allow him to put aside his personal problems, including his addiction to drugs. He is thus one of the first Israeli singers to achieve commercial and national success in the musical field of Middle-Eastern style (Mizrahi). And his growing popularity, side by side with Avihou Medina, Haïm Moshe and Margalit Tzanani, contributes to the recognition of Eastern Jews against the hegemony of Ashkenazim in Israel.The songs of Zohar Argov are about love, sorrow, disappointment and joy. He is considered by many to be a prodigy of Israeli music.

« He could make perfect recordings in one take and when asked to make another take, he could sing a totally different version » Nancy Brandes, arranger and conductor.

On November 6, 1987, at the age of 32, Zohar Argov commits suicide in his cell in Rishon LeZion, his hometown, one night after being arrested by the police.

After his death, Zohar Argov kept his undisputed status of King « HaMelekh » of Eastern music in Israël. His important contribution to Israeli culture has been widely recognized. The music label, Hed Artzi, dedicated a double album The Best of Zohar Argov. A film on his life, called Zohar was released in 1993, followed by a play on the stage of the Tel Aviv Cameri Theater in 2010.
Since 2007, two streets are named after him in Rishon Lezion and Tel Aviv.

Watch a live medley during a wedding he animated in the 1980’s :