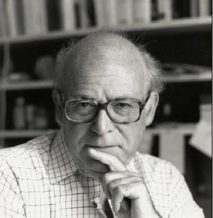 Simha Arom was born in 1930 in Düsseldorf. After the Crystal Night in November 1938, his family was forced to leave Germany to go to Belgium and then France.
Interned in the Rivesaltes camp until 1941, he finally got out. Without any news from his parents, he left for Palestine at the age of 14. Wounded in 1948 during the war of independence of Israel, Simha began music studies and becomes 1st horn player in the Jerusalem symphonic orchestra.

During the 1960’s he is sent by the Israeli government to create a brass band in Central African Republic, where he becomes fascinated by the traditional music of this country, especially the vocal polyphonies of the Aka Pygmies. He entered the National Scientific Research Council in 1968 and obtained a Silver Medal in 1984. He returns to Central Africa every year from 1971 to 1991, accompanied by ethno linguists and students to record the music for the purposes of study and conservation.

1st prize winner in horn at the National Music School of Paris, and ethnomusicologist, it became important for Simha Arom to make know the implicit music systems and the ways a culture builds its cognitive categories through its music, with interactive experiments. His work is based on the fact that data collected in the field must, to be valid, be in accordance with the cognitive data of the studied culture.

His research concerns the temporal organization of the music, the musical scales, the polyphonic techniques, the music in the social environment and the elaboration of concept tools for categorization, analysis and re-creation of traditional music. Basically, from a descriptive field, he tried to develop a specific science, with all its attributes: experimentation, verification, validation, simulation, conceptualization and reconstitution by synthesis.

His musical archives have been deposited in 2011 at the French National Library..

Simha Arom received in 2014 the Antoine Bernheim Award given by the Foundation of French Judaism.