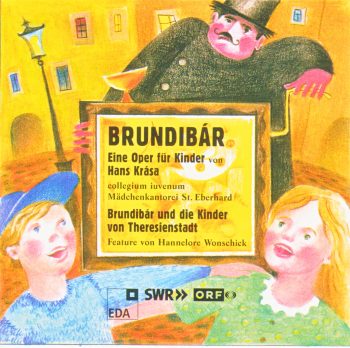 Having become the most popular show of Terezin, with nearly 60 official performances between 1943 and 1944, the Brundibar opera by  Hans Krása (1899-1944) had a real success after its new publication in 1992, with approximately 100 performances on the biggest stages of Europe, USA and South America.

The version of this CD is the one of Terezin, translated in German. It is accompanied with a second CD, which is a fiction by the Austrian radio (1998) on “Brundibar and the children of Terezin”.