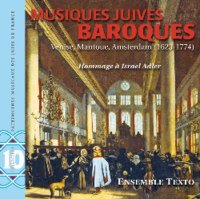 Organized by the Yuval organisation, with the support of the Institut Alain de Rothschild and the Fondation du Judaïsme Français, this concert was an occasion to pay tribute to tyhe musicologist Israel Adler who passed away in August 2009.