Metropolitan Klezmer is a band from New-York created by Eve Sicular in 1994. Their musical repertoire, mainly Yiddish songs, is composed of wedding dances, folk tunes, from klezmer, Turkish or Arabic traditions, or Yiddish poems of after the war. 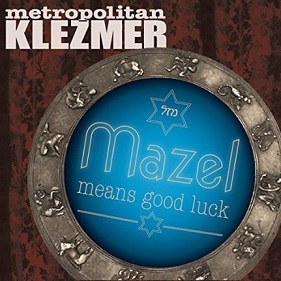