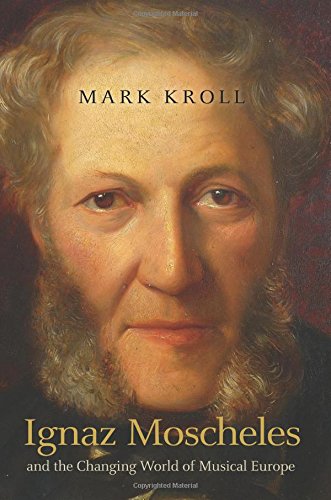 This book, the first full-length study devoted to Ignaz Moscheles (1794-1870), explores how the son of middle-class Jewish parents in Prague became one of the most important musicians of his era, achieving recognition and world-wide admiration as a virtuoso pianist, conductor and composer, a sought-after piano teacher, and a pioneer in the historical performance of early music. Placing Moscheles’ career within the context of the social, political and economic milieu in which he lived, the book offers new insights into the business of music and music making; the lives and works of his contemporaries, such as Schumann, Meyerbeer, Chopin, Hummel, Rossini, Liszt, Berlioz and others; the transformation of piano playing from the classical to romantic periods; and the challenges faced by Jewish artists during a dynamic period in European history. A section devoted to Moscheles’ engagement as both a performer and editor with the music of J. S. Bach and Handel enhances our understanding of nineteenth-century approaches to early music, and the separate chapters that detail Moscheles’ interactions with Beethoven and his extraordinarily close relationship with Mendelssohn adds considerably to the existing literature on these two masters.

MARK KROLL has earned worldwide recognition as a harpsichordist, scholar and educator during a career spanning more than forty years. Professor emeritus at Boston University, Kroll has published scholarly editions of the music of Hummel, Geminiani, Charles Avison and Francesco Scarlatti, and is the author of Johann Nepomuk Hummel: A Musician’s Life and World; Playing the Harpsichord Expressively; and The Beethoven Violin Sonatas.

Learn more and order this book.