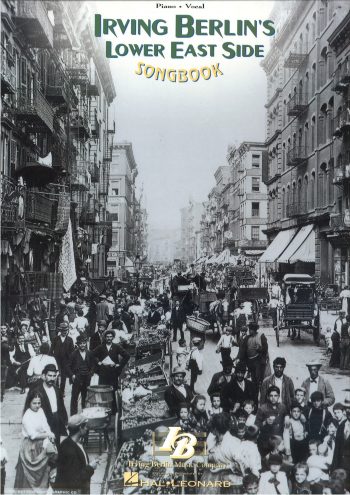 Irving Berlin, whose real name was Israel Beilin, came from Russia or Belarus, emigrated in USA in 1893 with his parents. His father passed away when he was 8 years old. At the age of 14, to help his family, he became an autodidact pianist in bars, and was noticed by the Tin Pan Alley editions as a lyricist. In 1914, he composed his first musical Watch your Step. Quickly sought by the best producers, he composed the famous song from the musical Ziegfeld Follies : A Pretty Girl is like a Melody. Between 1933 and 1940, his career moved from Broadway to Hollywood. He came back on stage in 1940 with the show Louisiana Purchase. During World War II, Irving Berlin played his part in the war effort, illustrated with This is the Army, a brilliant show.

His most notable post war work is Annie Get your Gun which had a long and international. His patriotism came back in 1962 when he wrote Mr President. He passed away at the age of 101, leaving behind the famous song Cheek to cheek or White Christmas. And we certainly cannot skip his contributions to legendary musicals, such as Top Hat with Fred Astair and Ginger Rodgers or Easter Parade with Judy Garland.