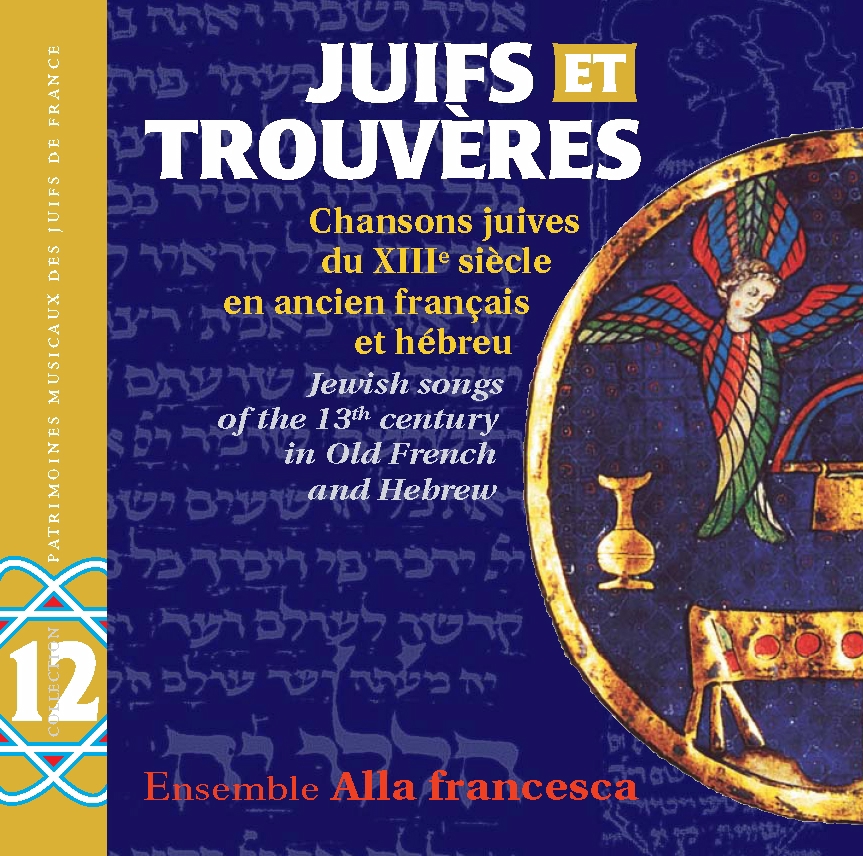 Collection Musical Heritage of the Jews from France, vol. 12

Jewish songs in the 13th century in old French and Hebrew

This 12th CD of the collection Patrimoines musicaux des Juifs de France is dedicated to religious and festive songs from the Jewish communities based in the North of France (Flanders, Picardy, Artois, Champagne…) in the second half of the 13th century.

During this harsh period between the burning of the Talmud (1242-1244) and the major expulsion of 1306, the Jewish people maintain the same way of living, and the same language as that of the Christians. They also have in common the same taste for books, monuments, fairs, joy of living and popular songs.
The songs from the Jewish communities of that time reflects the day to day life of the Jews, and the happy and sad events that created the rhythm of their lives. We hear the vocal expression of a population, the keeper of its rituals and traditions, that was nevertheless totally integrated with its environment. Speaking in the Oïl language, only the prayers, liturgical poems and studies remain in Hebrew.

The books and manuscripts that have come to us, and all the poems, are in French and in Hebrew