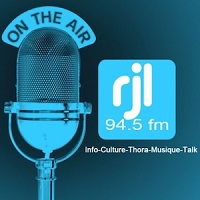 This week, Edmond Ghrenassia presents the Canadian musician, singer and producer Josh Dolgin, also known as DJ Socalled. This multi-talented artist made himself known by performing hip-hop klezmer. With 78 RPM discs of Ashkenazi music, classical and electronic music instruments, he mixes old and new styles to create a new and original sound.
We will hear excerpts from his album Ghettoblaster released in 2006 in USA.