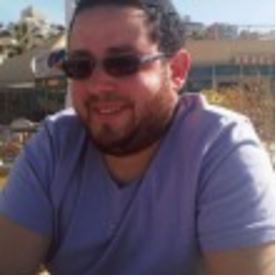 A presentation of Israeli music, at the same time Sefardi, Ashkenazi and Middle-Eastern

A mixed salad composed of several Jewish music from all around the world and gathered since centuries. This is my perception of Israeli music, at the same time Sephardi, Ashkenazi and Middle Eastern… Thus we have a Jewish musical range from all over the world, which forged Israeli music.

I invite you here to discover one of the multiple facets of Israeli music, one turned in the direction of the East and its spiced music.

I grew up listening to Eastern and Israeli music since I was a baby, with my father, first Jewish DJ in Paris and radio host of the show “ la fête orientale” on Judaïques FM since 1981. Therefore, with a lot of humility, I propose to you a few delicious songs of the “Mizrahit” music, or Eastern-Israeli music.

During this journey, we will hear the founders of this music, in particular Zohar Argov, considered as the king of Eastern-Israeli music.
We will land softly with the new names and talents of nowadays.
Have a pleasant journey and listening…