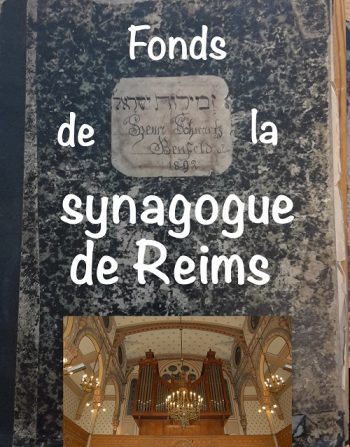 Between May 2014 and April 2016, nearly 150 hand-written pieces of sheet music from the synagogue of Reims have been collected and digitized by the EIJM. Julianne Unterberger and Hervé Roten present here the history of the community of Reims and its rich cultural life.

On May 13, 2014, the Jewish cultural and social organization of Reims, with Julianne Unterberger at its head, invited Hervé Roten, director of the EIJM to lead a conference on the subject “Discovery of Jewish Music”. On this occasion, Julianne Unterberger, who is under the authority of Dr Marc Lagache, head of the Jewish community of Reims, gave to the institute 132 music scores, mainly hand-written, between the 19th and 20th century. 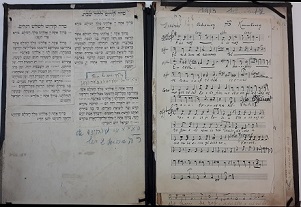 To these archives have been added, on April 18, 2016, another collection of 10 music scores partly damaged. Jean-Gabriel Davis, responsable of the EIJM collections went to fetch these scores in Reims, the musical heritage of Reims’s community. 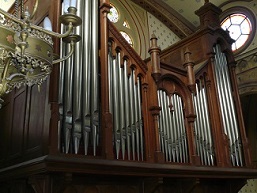 We find in these archives the names of the main cantors, arrangers, organ players and singers (Léon Schwartz, cantor in 1895, Salomon Schwartz, Léon Ross, Jules Fuzy, Fred Kitziger…) who contributed to enliven the Ashkenazi tradition from Reims, mainly between 1879 and the end of the 1960’s. This Ashkenazi liturgy from Reims comes from the “German” tradition that was going on in Alsace-Lorraine at the turn of the 19th century, who’s main representative today is the Great Synagogue of La Victoire in Paris. But as often, this official Ashkenazi tradition carry local music characteristics that come from the cantors and arrangers personality, and who wanted to leave their mark in this repertoire.

Browse the musical archives from the synagogue of Reims

Jewish presence in Reims (by Julianne Unterberger)
It is mentioned for the first time in the 11th century. Following the 1270 law of the Parliament of Paris, Jews were expelled and the Jewish community of Reims disappeared from the 14th century until the French Revolution. A first return happened around the 18th century, but it is after 1870 that many Jews from Alsace and Lorraine came to Reims. In 1875, the community named its first rabbi Emile Cahen but had just a small oratory and it was quickly needed to build a new synagogue.

The synagogue of Reims 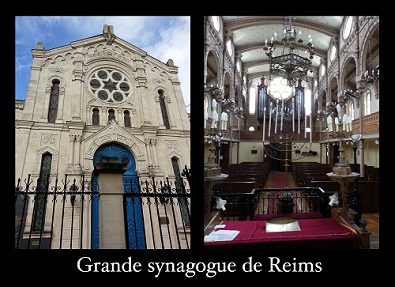 The synagogue of Reims was built by Ernest Brunette, son of the architect Narcisse Brunette, and had been inaugurated on September 5, 1879. Its decoration, the windows and murals, in a neo-mauresque style, were made by MARQUANT-VOGEL, local glassmaker master.
The organ of the synagogue, made by Augustin BRISSET, had been inaugurated in 1901. Today only two Brisset organs are left: the one of Reims’s synagogue and the one in the church Notre Dame d’Hirson.
The synagogue of Reims has been registered in 1989 in the inventory of historical monuments.

From 1945 to 1970
After the 2nd World War, the Jewish community was reduced to 109 people. It is after the exodus of the French people from North Africa that the number of Jews increased to 650 in 1970, its highest number since the end of the 19th century.

Spreading Jewish culture
The statutes of the Jewish cultural organization of Reims had been defined in 1905.
The Jewish social and cultural organization of Reims had been created in April 1995, and aims to spread Jewish culture and preserve the synagogue. The participants to all activities are mainly non-Jews.
Since 2003, this organization holds conferences, exhibitions, concerts, Hebrew language courses, meetings on the subject of Judaism, commented tours of the synagogue for children and adults… Moreover, it created a choir of Jewish songs. All of these events are free and open to all. They are announced locally and on their website.
This organization also created a publishing house for various conferences. We can find audio and video archives of these events on their website.