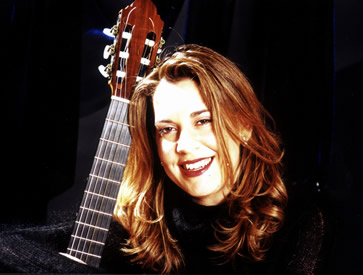 Muse and musician Liat Cohen explores and transcends his repertoire. Among her projects, transcriptions for the guitar of the works of J.S. Bach she recorded at the Abbey of Mont St-Michel in 2003 while she is artist in residence. Transcriptions found on the album “Liat Cohen plays Bach” and gives in recital for the 20th European Heritage Day. In 2005, “Latino-Ladino” was released by Harmonia Mundi, born from an exciting encounter between Spanish baroque music and South American music.