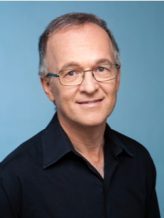 Hector Sabo is a musician and music writer (piano, organ, harpsichord) as well as a choir master. In charge of conducting the choral of the Great Synagogue of Strasbourg from 1987 to 2007, he also contributed to create several vocal and instrumental bands, such as the Ensemble Simplemente Tango and the Ensemble Vocal Hebraïca.

Native of Buenos Aires, Argentina, Hector Sabo combined European Musical synagogal traditions when he was very young. His grand-father David Sabo, cantor in a synagogue in Czechoslovakia, then in Moises-ville in Argentina and finally in Jaffa in Israel, passed on to him that millenary culture. After a stay of three years in Israel, he attended a complete course of classical music in Buenos Aires – piano, organ, harpsichord – and then at the Universidad Nacional de La Plata – composition and orchestral direction – and worked at the same time as a choir master and organist in several synagogues of Buenos Aires, as well as an orchestral musician and opera vocal coach.

In 1987, he came to France to complete his musical education. After a First Prize in orchestra conducting at the Conservatoire of Rueil-Malmaison, he took part in several trainings of choir and orchestra conducting in Paris, Saumur, Aix-en-Provence, Poitiers, then in Vienna in Austria and in Sienne in Italy. He conducted many concerts in France, Europe, Argentina. In 1991, he got appointed Artistic and technical coordinator at the Philharmonic Orchestra of Strasbourg ; from 1988 to 2007, he was in charge of the musical direction of the choirs of the Great Synagogue of Strasbourg.

In other musical fields, he plays the piano, is a musical arranger and musical director of the Simplemente Tango ensemble during 12 years. He led several opera productions with orchestra for the association Opéra Piano. Finally, he conducts and plays the organ, harpsichord and piano in various vocal and instrumental ensembles. He also participated to many recordings of CD’s with various partners. After having created and conducted several vocal and instrumental ensembles in Paris between 1988 and 1991, he settled down in Strasbourg and created in 1996 the choral ensemble Les Polyphonies Hébraïques de Strasbourg, as part of the University of Human Science in Strasbourg, where he obtained a M.A.S of music and musicology.

In 2006 he created the Ensemble Vocal Hebraïca. In 2007, he was appointed Musical and artistic director of the Jewish Choir of France, under the aegis of the Consistoire Israélite of Paris/Ile-de-France. The same year, he was appointed teacher in Musical training at the Conservatoire of Strasbourg. The musical activity of Hector Sabo was completed by the publication of articles and by conferences on Jewish music, which had become, through the years, his specialty. He was asked in 2016 by the University of Strasbourg to write an article on Jewish music for the « Dictionary of Strasbourg, laboratory of Europe, 1880/1930 », published in October 2017. That same year, he was asked by Radio Judaïca of Strasbourg to host a series of 39 radio programs on Hebrew music. Then, his first book on the history of Jewish music revealed an entire life of research and discoveries on Hebrew music. His activity brought him to travel in France, America and Europe: Buenos Aires, New York, Gerona, Rome, Sienna, Brussels, Arlon, Gand, Lausanne, Bale, Zurich, Worms, Mayence, Sarrebruck, Berlin, Vienna, London, Saint-Petersbourg… Finally, each year he presents new shows focusing on his specialties : the relationship between Hebrew music and Western music in Europe and America.

Look at the Hector Sabo’s collection