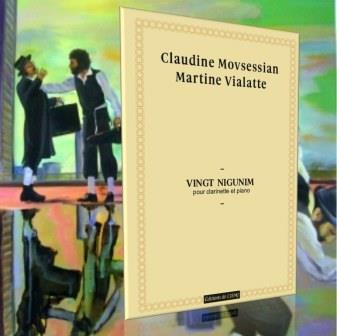 A musical score released by the EIJM’s Publishing House

AUDIO FILES at the bottom of the page

The emergence of the Hasidic movement in Podolia, in the second half of the 18th century, went along with the creation of a new type of singing, half way between religious music and popular music: the Nigun.
The Nigun (literaly « tune ») is based on a simple melody, sometimes accompanied by short onomatopoeias such as « doy doy doy » or « ya-ba-bam » generally repeated several times. Movements of the body can also go along with the Nigunim (plural of Nigun) leading to a kind of trance.

In the Jewish tradition, the Nigunim are colored with improvisations. When composing and performing these 20 Nigunim of this score, Claudine Movsessian and Martine Vialatte attempted to recall the spirit of this original musical form. They tried to transcribe the structure of these 20 Nigunim as precisely and accurately as possible. Some improvised passages have not been transcribed (in particular the reprises), allowing the musician to create his own improvisation.
This musical score is therefore an initiation to klezmer music, its ornamentations, its pauses, and its joyous nostalgia.

In order to anncompany the musicians in this approach, these 20 nigunim can be listened to in the playlist below and will be sent for free with every purchase of the sheet music.

This program will be performed during the 1st part of the concert Musique Klezmer & Classique World on June 16th 2018 at 7h30 PM, at the Regard du cygne, in Paris (75020)

A nigun from the score, below 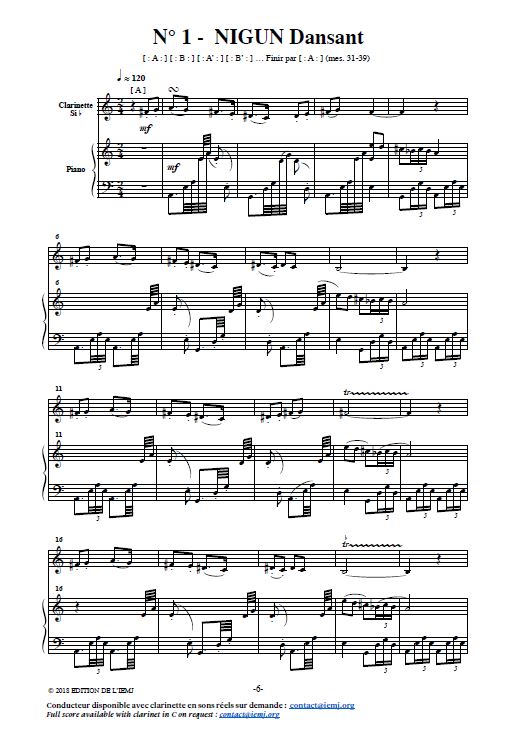