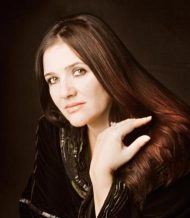 An artist of two cultures, endowed with a unique vocal expression, style and technique, her Judeo-Berber roots brought her naturally to be a lover of the Mediterranean vocal heritage, in particular the Judeo-Spanish and Judeo-Arab traditions, while continuing her career as a lyrical singer.

Graduate of Musicology at the university of Aix-en-Provence, Vermeil award in piano (in the class of Monique Oberdoerfer) and Gold award in chamber music, the composer Maurice Ohana encouraged her to sing, after choosing her to perform his Cantigas.
First Soprano in the Musicatreize Ensemble conducted by Roland Hayrabedian, she became the pupil of Andréa Guiot at the Music Conservatory of Paris.
In 1998, she was the winner of the Villa Medicis Award Hors Les Murs for collecting the musical and poetical tradition of Fes in Morocco, as well as the Fondation Caisse d’Epargne Award “Best World Artist 2007” ; she regularly gives master classes of singing in Geneva, Montreal, Aix-en-Provence, Brussels or Basel. 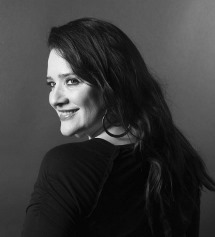 In parallel to her international career of singer, she also was the Artistic Director of the Festival Des Andalousies Atlantiques d’Essaouira (Morocco) from 2007 to 2015 and of the Festival des Musiques du Monde of Gibraltar.
The Festival des Andalousies Atlantiques has inspired, in summer 2015, the Festival D’art Lyrique d’Aix En Provence, as Françoise Atlan was invited to sing “Essaouira Spirit”.
In 2013 she created the Yemaya Company and the Women’s Vocal ensemble Bilbilikos, an amateur band for which she recasted, among other things, the Judeo-Spanish and Arab-Andalusian repertoires for 4 voices. 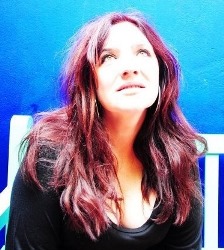 Her new album “Aman ! Sefarad…” with the Ensemble Grec Enchordais, released in January 2015, was awarded by the “Heart Crush” of the Charles Cros Academy 2015. That same year, she performed with the Symphonic Orchestra of Montreal under the direction of Maestro Kent Nagano, as part of the season “The Imaginary Eastern”, with the composer Philipp Glass. French radio station France Musique dedicated to her a one hour portrait in the show Couleurs du Monde, to celebrate the 20th year of her career.

That same year in 2015, the Ministry of Culture ordered a musical work around the feminine vocal tradition of the Mediterranean. “Zelliges” (1h15) was born, for vocals, oud, piano and percussion. In this piece, created during the Joutes Musicales de Correns (Var), Françoise Atlan blends together poems in her favorite languages, Hebrew, Arab and Castillan.

Look at our catalogue of songs of Françoise Atlan