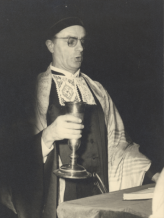 Yitzhak Zaludkowski was born on September 20, 1914 in the city of Stawiszyn (Kalisz County, Poland) to a religious family. His father, as well as his uncle, were both cantors, and when his family settled in Brussels in 1919, he began voice studies. In 1936, he met Josette Kon who sometimes accompanied him on the piano and who became his wife civilly in 1943 (in Lyon, France). In 1940, shortly after the German invasion of Belgium, the family went into exile in France. The couple lived in Lyon until September 1944.

During the war, under the name of Jacques Chalude, he studied classical singing and sung as a soloist at the synagogue (1941). It was at this time that he met the musicologist and composer Léon Algazi. During the war, he went on numerous tours, interpreting various opera roles. Right at the end of the war, Jacques Chalude moved to Paris where in 1944 he soon became a soloist in the Radiodiffusion française. In 1945, his first son was
born. It was also at this time that the artiste was engaged for two years at the Habibi Club in Paris to interpret a repertoire of Jewish popular music. In 1947, he joined the National Union of Artists. The year 1952 was witness to the birth of his second son. From that time on, his wife no longer accompanied him on the piano. He then chose to devote himself to the traditional and religious repertoire at the opera. He applied for naturalization in 1954 and definitively adopted the family name Chalude.

Until around 1975, Jacques Chalude performed as a cantor, principally in the Notre-Dame-de-Nazareth synagogue. He also collaborated with Léon Algazi. His musical repertoire was inspired by his father’s and his uncle’s repertoire, as well as by the cantors of Poland. In 1976, he came into conflict with the Consistory and gave up his functions as cantor. He died in Paris in 1997.

Browse our archives on Ben Baruch 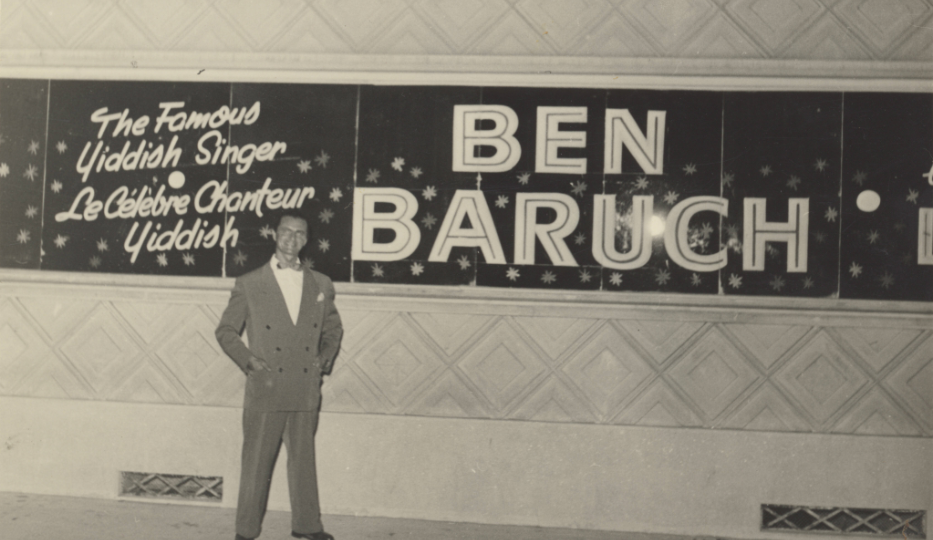