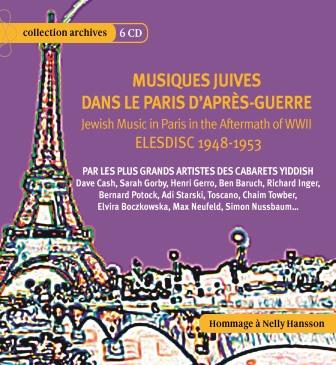 In the aftermath of WWII, a time when Jews were attempting to reconstruct themselves, as much individually as collectively, Paris crystallized the hopes of revitalizing Jewish life in Europe, while serving as a point of passage or attachment for survivors in search of a new home. Cultural life was organized by a multitude of organizations and institutions. Among them were a few record labels (Le Disque Folklorique Yiddish, Saturne and Elesdisc). This last label was located on 34 rue des Rosiers in a shop that was at the same time a bookstore, a record store, and a focal point of Jewish social life. Its owner, Léon Speiser, took it over from his father, Wolf Speiser, who had immigrated from Odessa, arriving in Paris around 1895. In 1948, this label named after Léon Speiser (LS Disques) began recording artists such as Henri Gerro, Dave Cash, Sarah Gorby, Richard Inger, Elvira Boczkowska, Simon Nussbaum and Max Neufeld, who also performed in Yiddish or Russian Parisian cabarets. Between 1948 and 1956, out of the 350 titles published on these small labels of Jewish music in Paris, at least 154 were produced by Elesdisc up until the year 1953. 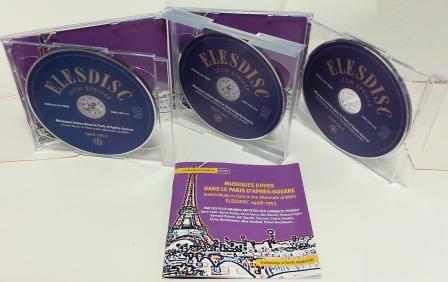 This remastered collection bears testimony to the creative atmosphere of Yiddish cabarets where the artists audaciously married folklore with samba, nostalgic tangos or satirical swings in Yiddish, but also in Russian, Hebrew, or even Romanian.

This record is dedicated to the memory of Nelly Hansson, Directress of the Foundation of French Judaism from 1993 to 2010.

Watch the Conference: Yiddish music in post-war cabarets (in French)