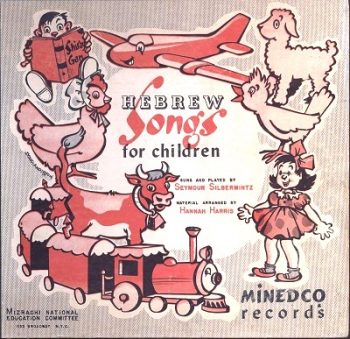 Published in New-York at the beginning of the 1950’s, these boxes containing two discs each, prepared by Hannah Harris, feature songs for children, sung in Hebrew and accompanied on the piano by Seymour Silbermintz.

Beautifully illustrated by Doug Anderson and David Cohen, the 78 RPM disc boxes Hebrew songs for children and Sabbath Songs for children were produced by the Mizrachi National Education Committee, and published by the American music label Minedco Records. 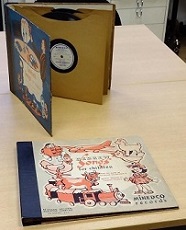 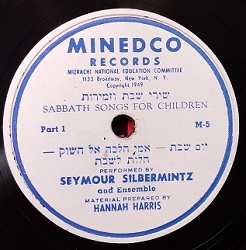 The first disc box features short narrations and nursery rhymes on various subjects : animals, trains, circle dances or just the rain. The educational aspect is never forgotten : with the text transcribed in Hebrew and transliterated, the children can learn what they hear.

The second disc box gathers Sabbath songs. Seymour Silbermintz, singing and playing the piano, is accompanied by the soprano singer Shirley Cohen and Maurice Levine does the narration in English.

A delight for the ears as much as for the eyes ! 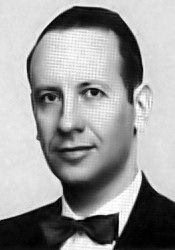 Seymour [Shlomo] Silbermintz (1917-2000) has an abundant list of musical works. Cantor, choirmaster, composer and teacher, Silbermintz taught at the Juilliard School in New York and in Brooklyn College.

Music consultant for the Jewish education committee of New-York, he also led several Jewish choirs in New-York, among which the Choral Society, created in 1924 by Zaevil Zilberts, the Jewish choir, and the choral of Zionist youth that he created.