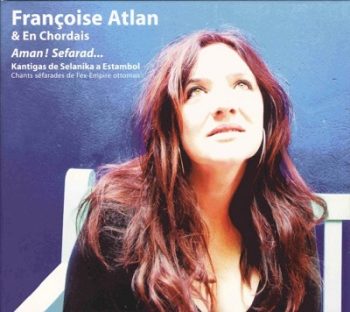 Released in 2015, Aman! Sefarad…, by Françoise Atlan and the ensemble En Chordais, gathers 15 tracks of Sefardi music from various Jewish communities, from the Eastern Mediterranean Sea to the Balkans.

For this new production specifically inspired by Salonika and Istanbul, Françoise Atlan, Kyriakos Kalaïdjidis and the ensemble En Chordais have replaced the Sephardi music forms of the various Balkan and Eastern Mediterranean Jewish communities in their historical, geographical and cultural context, highlighting the influences of a non-Jewish musical environment on the Jewish musical heritage and showing us how this unique heritage intertwines with the weft of history and the various paths of exiles taken by these communities. The main genres of the Jewish-Spanish repertoire are featured here: romances (medieval ballads), coplas (religious Judaic songs), kantigas (daily life songs) and piyyutim (plural of piyyut – liturgical poems/songs). 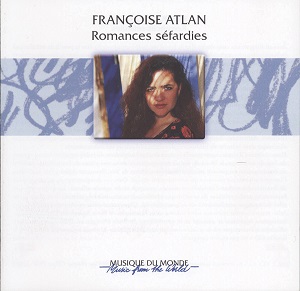 Also in the EIJM’s collections, and to celebrate the 25 year anniversary of Françoise Atlan’s musical carrier, Buda Musique republished her first three CD’s in a double album entitled «Romances Sefardies», with over 2h30 of music.

These two CD’s are now available in the EIJM’s online shop!