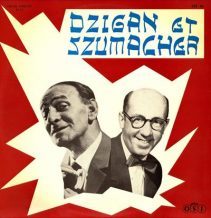 Native of Łódź in Poland, Shimen (Szymon) Dzigan (1905-1980) and Yisroel Shumacher (Szumacher) (1908-1961), forming the famous Yiddish comedy duet, were known worldwide before and after the 2nd world war.

The son of a tailor, Shimen Dzigan should have been a tailor like his father, but fate decided otherwise when the famous writer and poet Moyshe Broderzon noticed his gifts in improvising and parody during a banquet in 1927. He hired him then in the Ararat cabaret that he created in Łódź. One year later, Yisroel Shumacher joined the cabaret.

The two artists, influenced by the emerging Yiddish theatre, shared the belief that, as Jews, they had to preserve the Yiddish language. Both were also seduced by the socialist ideas that were current after the first world war. And their skits reflected those new ideas. Indeed, the Ararat troupe, and its energetic actors with excessive make-up and impressive costumes, didn’t look like any other Yiddish theatre so far. 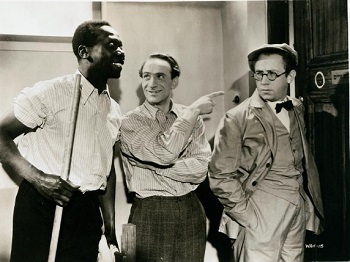 After working 6 years in Łódź, Dzigan and Shumacher settled in Warsaw. They played during one year as part of Di Yiddishe Bande troupe, and decided to re-establish Ararat troupe with some of the founding members of Łódź. Finally the two comedians chose to perform only as a duet: they created their own cabaret at the Nowości theatre of Warsaw in 1935.

In 1937, they performed in the Yiddish film Freylekhe Kabtsonim (Jolly Paupers) directed by Zygmunt Turkow.

When the Nazis invaded Poland, Dzigan and Shumacher fled to Białystok, occupied at the time by the Soviets. They continued their shows in Minsk, Moscow, Leningrad, Kiev, Kharkov and all Soviet cities where a Yiddish speaking population lived. But when they tried to leave the Soviet Union with the Polish army of General Anders, they were arrested, and spent 4 years in the labor camp Aktioubinsk where they were able, after all, to perform their show for the Jewish people, but also for the banquets of the NKVD (Narodni Komissariat Vnoutrennikh Diel [interior ministry of the Soviet Union]). Released in 1946, arrested again in Lwów, they ended up by reaching Warsaw in 1947.

In 1948, they performed in Undzere kinder (our children), one of the last films in Yiddish filmed in Poland, about the destruction of the European Jews, directed by Natan Gross. 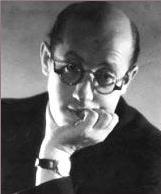 In 1950, they decided to settle in the young state of Israel, where the demand for a Yiddish entertainment was very strong, and where many Jewish people throughout the country knew their skits by heart. But, following the desire of the leaders of this time to create a new Israeli society speaking Hebrew, almost all shows in Yiddish were forbidden, and Dzigan and Shumacher’s shows, despite their popularity, were no exception.
They decided therefore to emigrate to Buenos Aires in Argentina, where they created a new cabaret. 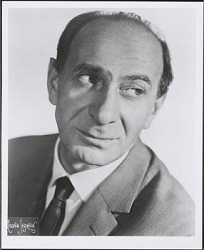 In 1958, when the law forbidding the performing in Yiddish was abolished in Israel, our two friends settled in Tel-Aviv and created their own theatre. But this lasted just a short time, and the two comedians who started quarreling in the mid-1950’s finally seperated in 1960.

One year later, Shumacher died of an illness at the age of 53.

Dzigan continued to perform on stage for the next twenty years, and also on the Israeli television. He died on April 14, 1980, one day after a performance on stage.

The Yiddish Laurel and Hardy

The two comedians played very distinctive characters. Dzigan was the nervous one, a chatty, happy, whining beggar. Shumacher was more phlegmatic and gave lessons. Commenting on the daily news, they mocked the Anti-semites, politics, as well as themselves and the audience. They were sometimes compared to Laurel and Hardy, or to two Don Quixotes sitting on a bench, one dreaming of Palestine, the other of Birobidjjan.

Dzigan and Shumacher remain the most famous Yiddish comedy duet throughout the world.

Learn more
Browse the documents catalogued around Dzigan and Shumacher