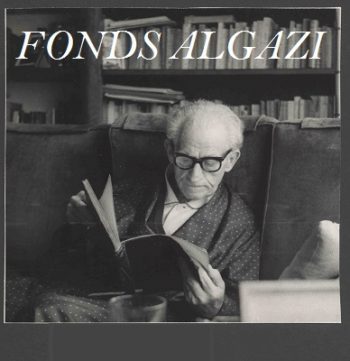 Deposited at the Yuval organisation in the 1990’s, then at the EIJM between 2007 and 2020, the Léon Algazi’s holding gathers around 600 documents (sheet music, audio files, films, photographies and other various archives) coming mainly from the Algazi family and from the archives of the Grande synagogue de la Victoire.

Born in Epuresti (Romania) on February 6, 1890, Léon Algazi showed a disposition for music at a very early age. After a brief stay in Jerusalem in 1905, he followed theological courses at the Séminaire Israélite de France in 1908, where he obtained his rabbinical diploma in 1922. At the same time, he continued to study with masters such as Arnold Schönberg and Hans Eisler in Vienna, André Gédalge, Raoul Laparra and Charles Koechlin in Paris. A passionnate student of folklore (he was in contact with his Romanian compatriot, the ethnomusicologist Constantin Brăiloiu ; he was also close to Abraham Zvi Idelsohn, the father of Jewish musicology), Algazi published in 1925 Trois chansons populaires juives French lyrics by Edmond Fleg (Max Eschig et Cie, Paris). 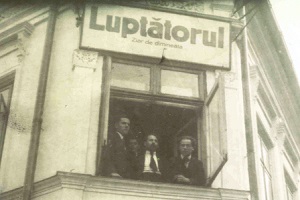 In 1929, he created the weekly radio program The Voice of Israel, and at the beginning of the 1930’s he co-founded with Vladimir Dyck the collection of Hebrew music Mizmor in the Salabert publishing house. In 1936 or 1937, he became the choral conductor of the Grande Synagogue de la Victoire in Paris. And between 1936 and 1940, he taught Hebraic singing at the Schola Cantorum.

President of the National Syndicate of conductors for religious music, professor and director of the Israelite School of Pedagogy and Liturgy of the Séminaire Israélite de France, music director of Consistorial Temples, Léon Algazi was also one of the co-founders of the Symposium of Jewish Intellectuals of France created in 1957. 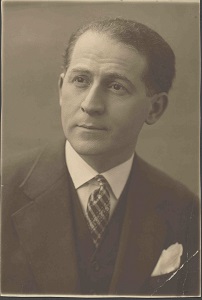 The 600 archives from the Algazi’s holding gives us an overview of this man and his work unfairly lost in oblivion. It counts 255 documents from his family, among which over 70 rare books from his library (Gerson-Levy, Orgue et pioutim, 1859 ; Brăiloiu Constantin, Esquisse d’une méthode de folklore musical, dedicated by the author to Léon Algazi, 1935 ; Ausubel Nathan, A Treasury of Jewish Folklore, 1948…), 50 printed and manuscript music scores, 24 audio cassettes and magnetic tapes (Chants d’Israël in honor of the 10th anniversary of the State of Israel, Concert of Jewish music, songs in Hebrew and Judeo-Spanish, Choir of the Grande Synagogue de Paris, radio broadcasts The Voice of Israel…), 4 family movies, 57 photographies and 73 various archives (mails, concert programs, etc.). 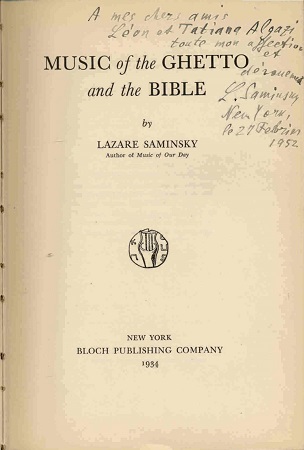 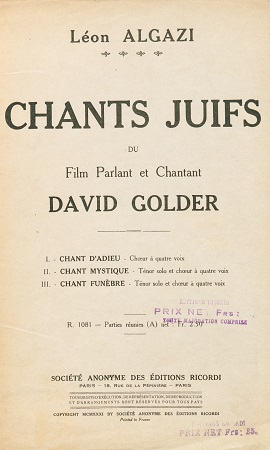 Browse all the archives on Léon Algazi

Listen to the playlist : The music of Léon Algazi