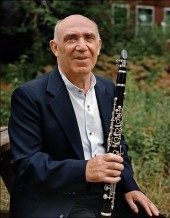 German Goldenshteyn was born in 1934 in Otaci (in Bessarabia), formerly in Rumania, a part of today’s Moldova.
During the second world war, Rumania fought with the Axis forces (Germany, Italy and Japan). German Goldenshteyn and his whole family were interned in a Rumanian ghetto called Bershad. His parents didn’t survive and died from diseases and privation.

At the end of 1944, German and his two brothers were transferred in an orphanage in Odessa. About one year later, the conductor of a Soviet military orchestra came to test the musical potential of the children. He chose 10 of them, including German and one of his brothers, which helped for his admission in a music school of Odessa, where German learned clarinet. 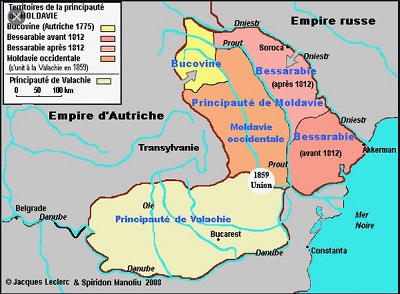 German Goldenshteyn did his military service in the Red Army’s orchestra, and in 1956, he settled in Ukraine where he became a machinist in the town of Mogilev Podolski, while at the same time entered a small wedding orchestra which performed in the whole region. He travelled from village to village, from town to town, as did the traditional klezmorim of the 18th and beginning of the 19th century. During his tribulations, he met musicians who taught him hundreds of Bessarabian melodies, popular and traditional.

Bessarabia was then in the middle of various cultures, Jewish, Gypsy, Ottoman, Slavic, Balkan … and the cohabitation of all these traditions constituted a rich and contrasted repertoire. Although the post-war Sovietic regime tried to eliminate the Jewish culture, the music survived this repression. Goldenshteyn performed thousands of simhas, of horas, of sirbas and of freylekhs. He learned them very quickly, but had difficulty remembering them all, and so took the habit of writing them on his notebooks. Each time he learned a new tune, he wrote it down not to forget it.

Year after year, he transcribed over a thousand melodies in his notebooks, that he took along in 1994, when he arrived in USA. Many of these melodies had never been documented before him.

Coming from the Old World like many of his predecessors, Dave Tarras, Naftule Brandwein, Goldenshteyn represents one of the most recent links with East European Klezmer tradition.

He passed away in Long Island, in the state of New York, from a heart attack in 2006, while he was fishing.

Browse our collections on German Goldenshteyn