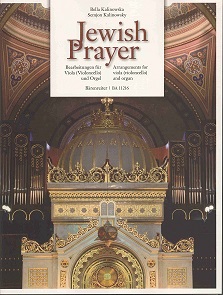 Compilation of musical scores for organ and viola : Bruch, Sulzer, Halphen, Lewandowki… published in 2015 by Bärenreiter-Verlag.

In the 19th century, the Jewish Enlightments (the Haskalah) modernized the worship service in the synagogue. Instrumental music, which had been dispensed since the destruction of Jerusalem’s Temple, found its way back to synagogue, and the organ, as a solo instrument or for accompaniment, became very popular. In spite of the controversial character of this reform, which caused a schism in many communities, a blossoming of rich and new Jewish liturgical music started in Europe. 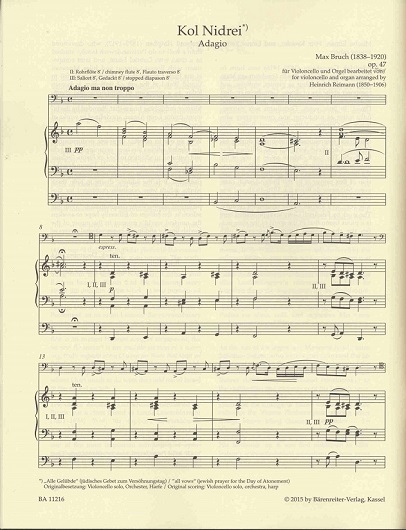 In this collection compiled by Bella and Semjon Kalinowsky, we will find, among others, a Kol Nidre by Max Bruch, a Sarabande by Joseph Sulzer, a Prière by Fernand Halphen and Five Festive Preludes for solo organ by Louis Lewandowski. There is also a preface with biographies of the composers.