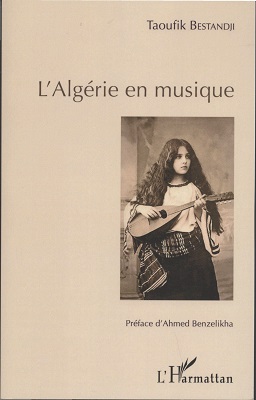 L’Harmattan has just published “Algeria in Music”. Made from record booklets, this book speaks of all styles of music in Algeria.

Despite the interest they arouse among the public, and some partial and scattered writings, publications on Algerian music remain rare. The repertoire is huge and multiple, and the Algerians themselves often ignore its extent. This musical field goes far beyond simple entertainment and offers a vast area of research that only needs to reveal its secrets.

“If the Christians did not leave traces, the Jews played a vital role in Algerian music, especially the music of the cities.” In history, the Jews were with the Phoenicians the first inhabitants of the Maghreb. On the musical level, the Algerian Jewish liturgy is one of the most beautiful and most fertile … “

The author, Taoufik Bestandji, is a musician descendent from a great line of Sufis and Constantinian musicians. Specialist of the music of his hometown, Constantine, he is a graduate in educational sciences, sociology and anthropology of music.