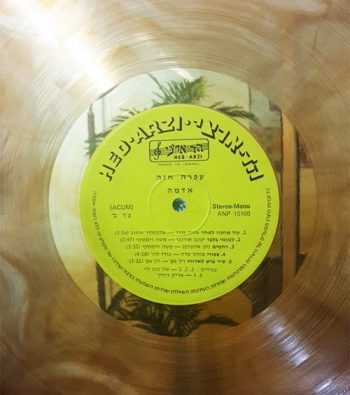 A transparent and colored 33 rpm !

This 33 rpm disc by Ofra Haza was released in 1985 by the Israeli music label Hed-Arzi.
This is a rather unusual record because it is transparent and colored, and therefore quite rare. This type of vinyl is called a color disc not to be confused with the picture disc which carries an image directly printed on the disc.

Reminder :
The material used to manufacture the discs: polyvinyl chloride or PVC (plastic product derived from petrol) is basically colorless, and to obtain a black paste, one must add a large amount of dye.
For color discs other than black (red, blue, green …) a smaller amount of dye is necessary. 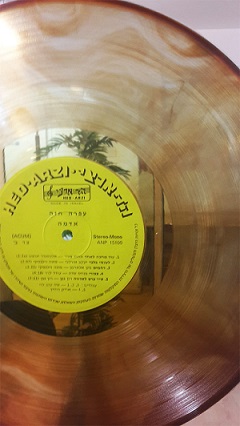 Black vinyl has mostly been used because it allows to better identify the musical tracks on the surface of the disc.

These colored vinyls appeared around 1977, almost 100 years after the invention of the disc.

In general, colored vinyls were reserved for limited editions, since it was difficult to find exactly the same color with the different pressings and baths. The existence of colored vinyls also encouraged collectors to buy a record as soon as possible, as soon as it was released, in case of a shortage of the collector’s edition.

We currently have one of these rare copies in our collections, along with another copy of the more widespread version, the black vinyl record. 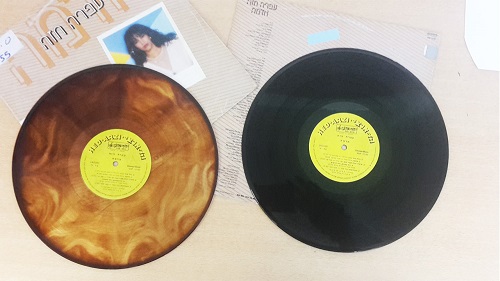 In general, the release of these colored vinyls was followed by a standard pressing using black vinyl. At the time, only the 45 rpm and 33 rpm were edited in color, but no maxi 45 rpm.

Discover 5 excerpts of this disc in the video below :