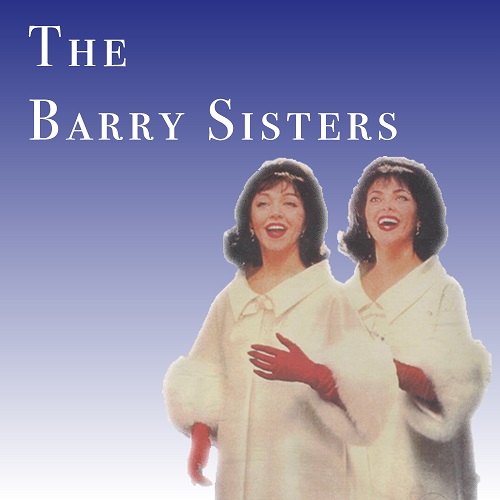 A selection of songs performed by the Barry Sisters, famous duet from the end of 1930s the to the beginning of the 1970s.

Myrna & Claire Bagelman start their career in 1937 in the American radio broadcast «Yiddish Melodies in Swing», that launched a casting looking for women’s voices.
Very quickly, the concerts halls and hotels where they play get full. It’s the beginning of their duet, the «Bagelman Sisters».

When they heard the «Andrews Sisters» sing in Yiddish and become famous, they decide to change their name to the «Barry Sisters», which “sounds” more American

Their career as Yiddish jazz singers went from the end of the 1930s to the beginning of the 1970s, and they sang mainly in Yiddish, but also in English and Hebrew.

When Myrna passed away in 1976, Claire continued with the NPR radio program « the Yiddish Radio Project » until 2002.