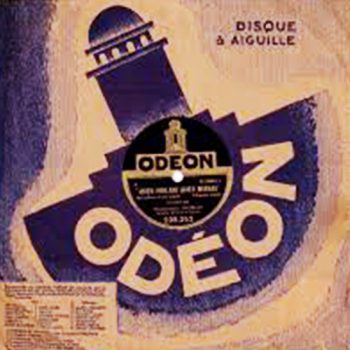 Focus on Jewish music recordings in the early 20th century

As early as 1909, the Odeon label recorded several discs of Jewish music: Yiddish songs, liturgy or scholarly music with composers such as Lazare Saminsky (1882-1959) and Joseph Achron (1886-1943), both of whom belonged to the Society of Jewish Popular Music created by Joel Engel in 1908 in Saint Petersburg.

After a brief evocation of the history of the Odeon label, we propose you to listen in the playlist below to a selection of 9 pieces of Jewish music, that are present in our archives, recorded between 1909 and 1934.

The Odeon phonographic company was founded in 1903 in Berlin (Germany) by Max Straus and Heinrich Zuntz, with the financial support of Frederick M. Prescott. Its name comes from the Parisian theatre l’Odéon, of which the dome appears on the logo of the company.

The music label became a subsidiary of the Carl Lindstrom company, which possessed also Beka, Parlophone and Fonotipia. In 1926, Lindstrom was bought by the English division of Columbia Graphophone. 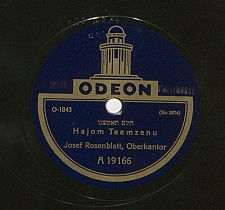 In 1931, Columbia merged with Electrola, HMV and other music labels to form EMI. In 1936, the Nazis took control of Odeon music label by establishing a director and an administrator affiliated to the party. The Odeon factory was for a great part destroyed by the Soviet army in 1945 during the final battles which took place in Berlin. 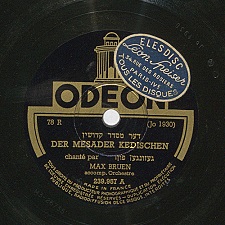 After World War II, the Odeon music label survived as a subsidiary of EMI in many non English speaking countries, such as West Germany, Japan, Spain, Scandinavia, Latin America and France.

Its catalogue, built before the 1960’s, features now in the public domain.