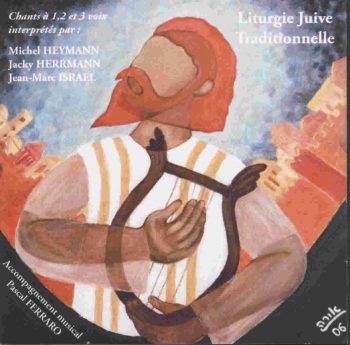 The cantor Michel Heymann donated all his recordings to the European Institute of Jewish Music in the beginning of 2013. The EIJM is thankful to him, and his proud to present one of the seven recordings from his holding, which is now preserved in our archives for the future generations. 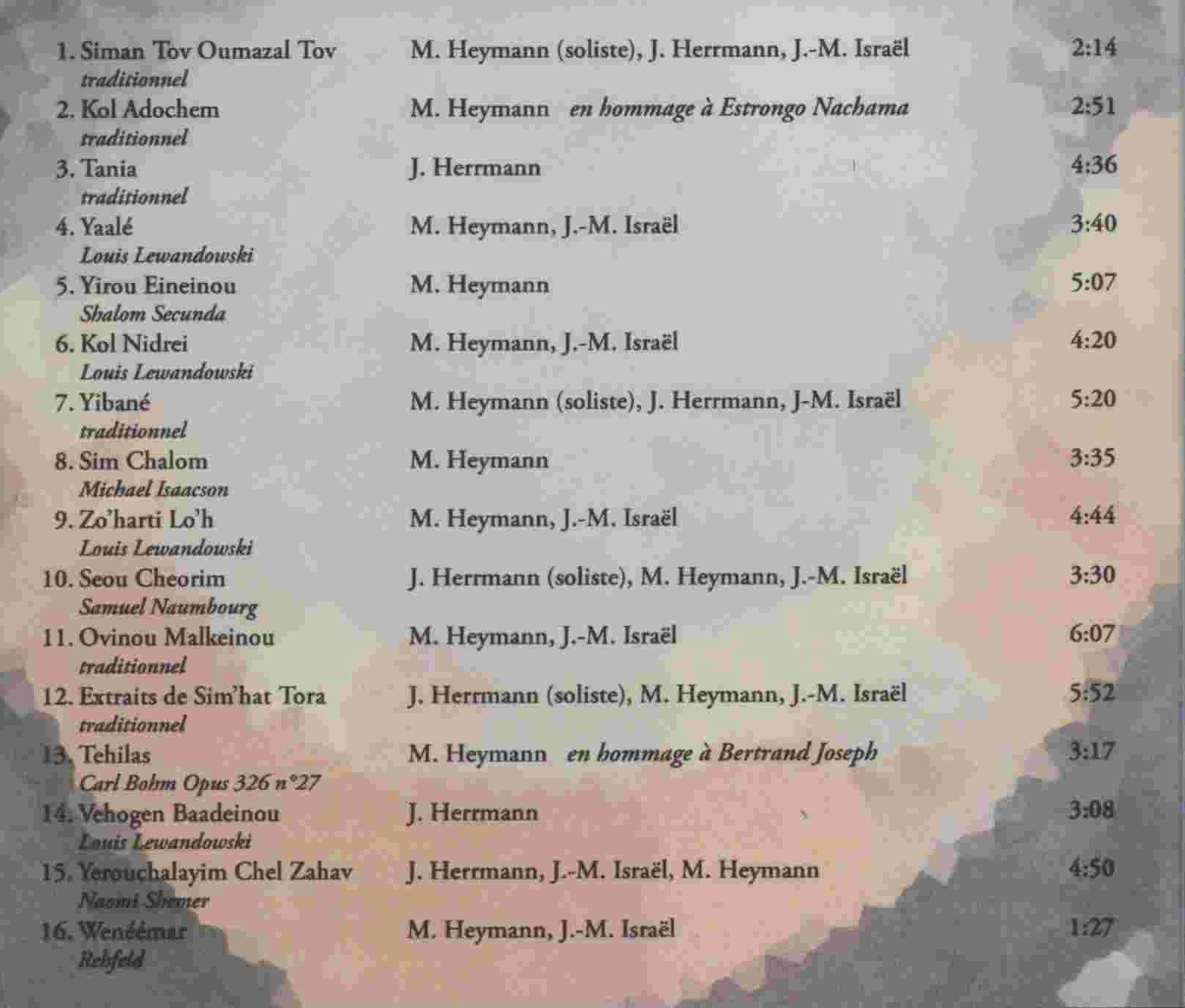 This CD makes us hear the great tunes of the Ashkenazi traditional Jewish liturgy from Alsace and Lorraine.

A beautiful interpretation by Michel Heymann, Jacky Herrmann and Jean-Marc Israël, accompanied by Pascal Ferraro on the piano.