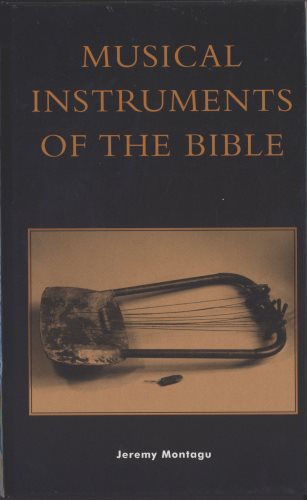 Dedicated to the Israeli musicologist Bathja Bayer (1928-1995), who contributed a lot in musical archeology, this book by Jeremy Montagu classifies the musical instruments in each book of the Bible and the New Testament, with also many illustrations.

For those who read the Bible and asked themselves what really was David’s harp or the sacqueboute and horn of Nabuchodonosor, Jeremy Montagu, conservator of the Bate Collection of Historical Instruments of Oxford, did a study and a presents here an researched explanation on the musical instruments mentioned in the most sacred book of Western civilization. It is a detailed study of all the musical instruments mentioned in the Bible using resources of linguistics, organology and ethnomusicology to identify and describe them. Each reference to an instrument is noted and all the translation mistakes were corrected. The Bible, such as we know it in English, is a translation, and the history of Biblical translations in Aramean, Greek, Latin and other languages is made according to context. The substitution of the musical instruments of the time of the translator to those of the original author comes often and is neglected. Jubal didn’t have any organ, neither did David have a harp. This book uses all the available resources to establish what really was each instrument, what it looked like and how it was played. 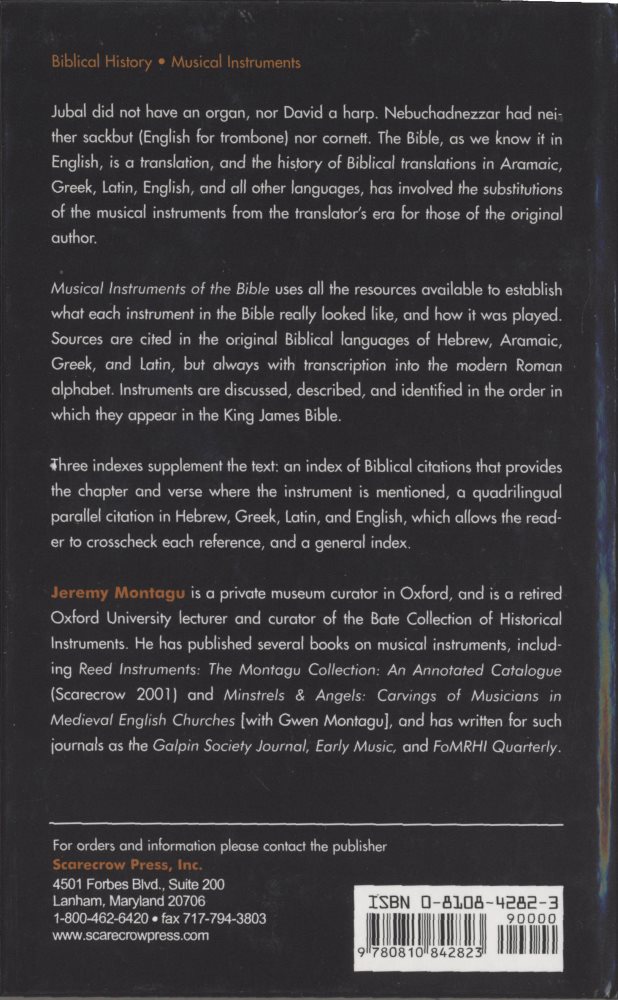