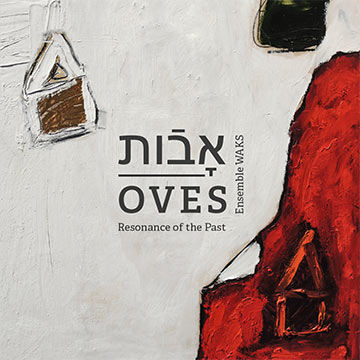 Imagine hearing a voice of a long lost relative, a relative of whom nothing is known, except his name and place of birth. Imagine hearing his voice on a sound recording, the smile in the voice, the power, maybe the sorrow. In your mind’s eye a picture emerges, an impression of a long forgotten life. The project starts with sound fragments from a culture that was supposed to be eradicated. The preservation of this culture has become extremely important to the descendants

The project OVES aims to form a bridge between past and present, thus creating a future of respect and understanding. The medium of this connection between the ancestors and their descendants is the music.

With the help of genealogist Ayana Kimron, WAKS found four descendants of the singers whose voices were recorded on the wax cylinders in 1928 to 1941 by Soviet ethnomusicologists Sofia Magid and Moshe Beregovski. These singers of the early 1900’s are Basya Fayler, Shmuel Bronshvayg, Nokhem Shternheim or Rakhmiel and Helena Grin.

With Inge Mandos on vocals, Klemens Kaatz on the piano and accordion, and Hans-Christian Jaenicke on the violin, the WAKS trio plays with the music, going from one wax cylinder recording to a new studio arrangement. A voice from another century is heard, followed by Inge Mandos’ voice, who continues the song, doubles the singing or performs a question/answer game.

Together they interpret the old songs with great sensitivity and energy so that they don’t only reach the hearts of the descendants, but also the hearts of a broader public