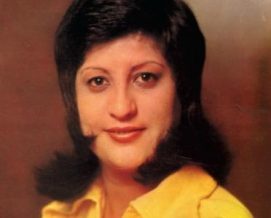 Ahuva Ozeri (אהובה עוזרי) was born on the March 3, 1948 in Tel Aviv in a Yemenite Jewish family. Her father passed away when she was four years old. She had seven brothers and sisters.

She started her singing carreer in the 1960’s. Her peculiarity ? She accompanied herself with the Bulbul Tarang, an Indian plucked string and keyboard instrument, that she learned to play with Ravi Shankar. In 1975, she released her first album Where is the soldier ? with songs speaking of the Yom Kippur War. This first album was a big success and was followed by many others. 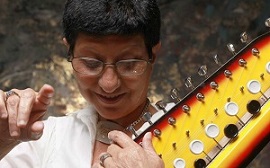 Av reknowned artist, she composed many songs and works as a vocal coach for famous artists such as Zohar Argov, Daklon, Yoav Itshak, the band Hadag Nahash, or more recently Saguiv Cohen.

Zohar Argov testified during his lifetime that he had studied with with Ahuva Ozeri: ” When I wanted to develop my voice, I wanted to learn with the best, so I went to the famous singer Ahuva Ozeri. I followed her in all her concerts to learn of her performances on stage, I sang to her privately and asked her if I sang on key ? She asked me : what do you want from me ? I answered : I want you to teach me to sing… ” 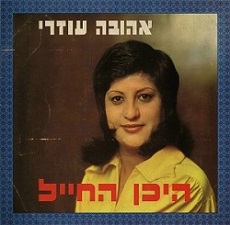 In 2000, Ahuva Ozeri was diagnosed with a larynx cancer. She went through several surgical operations. Despite the loss of her vocal cords, she continued to release music, six new albums, among which Sticker Song with Hadag Nahash in 2008 and Maalei Demama (Out of silence) her last disc released in 2013, in which she wrote and composed songs performed by artists such as Berry Sakharof, Ehud Banai and Chava Alberstein.

Ahuva Ozeri passed away on December 13, 2016 in the medical Center Cheva in Ramât Gan, in Israël, at the age of 68. When she died, the first minister Benjamin Netanyahu qualified her as “pillar of Mediterranean music in Israel”. Miri Regev, Israeli minister of Culture and Sports, tweeted : “The crown of a renewed Israeli culture has fallen today. Ahuva (which means ” beloved ” in Hebrew), rest in peace. I assure you that your voice won’t be silent forever. ”

Yuli Edelstein, the president of the Knesset, qualified her as “a unique figure who mixed in a surprising way the East and West in her melodies and lyrics”, adding that “her commitment to her work despite the challenges is a source of inspiration.”

In 2008, Ahuva Ozeri won an award from the Authors, composers and music editors Society in Israel (ACUM). She was a “founding mother of Mizrahi music” according to the radio channel Arutz Cheva and “a pioneer of Israeli music”, for the Times of Israel. A documentary on her was made by the Israeli filmmaker Uri Barbash.

Listen to the playlist of Ahuva Ozeri’s best songs