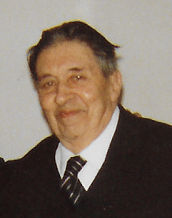 Born in Rome on May 30, 1910, Elio Piattelli graduated in 1931 from the University of Rome with a degree in Literature with the highest mark of “110 out of 110”. He studied with Maestro Cesare Dobici (1873-1944) and graduated in composition at the Santa Cecilia Conservatory in Rome in 1941. In the same year he took part in the competition of the Royal Roman Philharmonic Academy with two works for choir. Also in 1941, his four-act play Inés de Suàrez (libretto by G. Guerra) was performed in Santiago de Chile on the occasion of the fourth centenary of the foundation of the city of Santiago.

In the immediate post-war period, Piattelli directed the choir of the Politeama in Palermo. He gave courses in liturgical chants in Hebrew in Italy (Rome, Palestrina, Turin, Milan, Florence, Naples…) and in France (Sénanque Abbey near Avignon, Saint-Louis in Paris, Strasbourg).

Choirmaster of the Tempio Maggiore in Rome from 1948 to 1984, he animated the liturgical life of the synagogue with the Choir that sang melodies from the oral tradition of the various rites of the Roman Jewish community and compositions of his own melodies for the liturgy of the feasts and for the Jewish holidays. All his musical, literary and musicological productions are preserved in 44 files that make up the Piattelli Collection at the IBIMUS in Rome, thanks to the support of prof. Giancarlo Rostirola, the passionate interest of Maestro Lino Bianchi (1920-2013), the donation of his archives by his daughter, Dr. Daniela Piattelli, and the cataloguing work of prof. Pasquale Troìa. 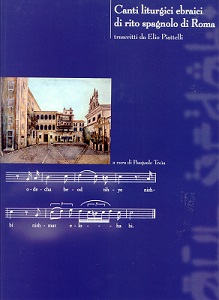 During his long career, Elio Piattelli has been active in four main areas: