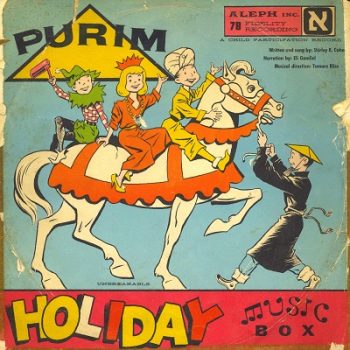 Published in 1951 by the American music label Aleph, this 78 RPM disc features Purim songs for children.

Recorded under the musical direction of Tamara Bliss, this 78 RPM disc features eight songs in English or in Hebrew, sung by Shirley R. Cohen, and among them six of her own compositions.

The songs speak of the story of Esther’s Megillah, and the traditions related to the Purim holiday. 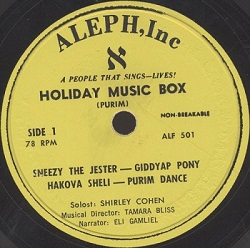 Interspersed with narrations in English by Eli Gamliel, this educational recording allows the child to become familiarized with the Purim holiday, its customs, Esther’s Megillah with its main characters (Mordecai the wise, Esther his niece, the king Ahasuerus, and his mean couselor, the evil Haman) and Hebrew. Furthermore, the songs’ lyrics are written at the back of the cover, allowing the child an active participation.

That disc takes us back into the warm Jewish American atmosphere of the fifties. 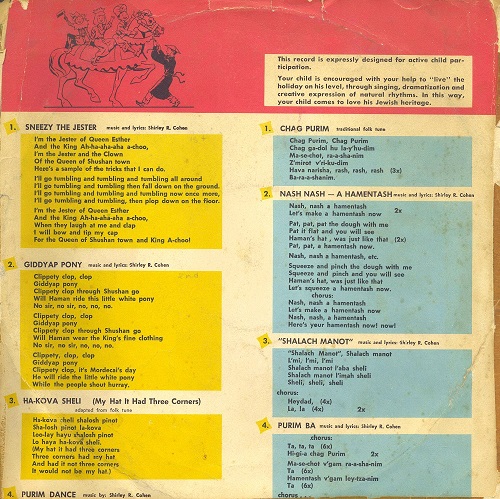