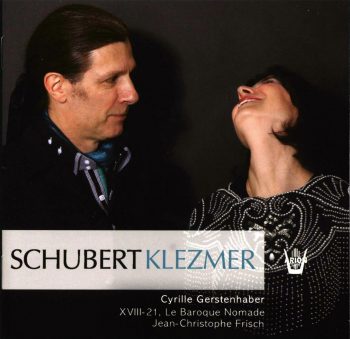 Inside a Viennese café around 1820, musicians play in a corner. Franz Schubert speaks with his friend Solomon Sulzer, cantor in a synagogue close by, and other less known musicians, Jewish or not. Solomon just received the position of Professor in the Imperial Academy. Another friend of Schubert, the Czech Vaclav Matiegka brings his latest music score. They sing and play with today’s musicians, the hits of the time, in German or in Yiddish, adapting them if necessary… Der Hirt auf dem Felsen , a Yiddishe Lied… They go without realizing from one tune to another, Schubert on the piano, and inspired by Jewish tunes, improvise… Vienna is the music capital city of a gigantic and romantic empire, which goes largely beyond Austria and Hungary… and this empire likes to have fun ! 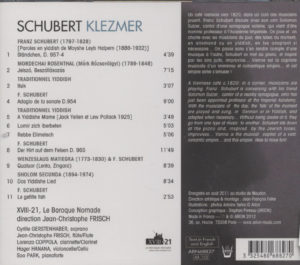