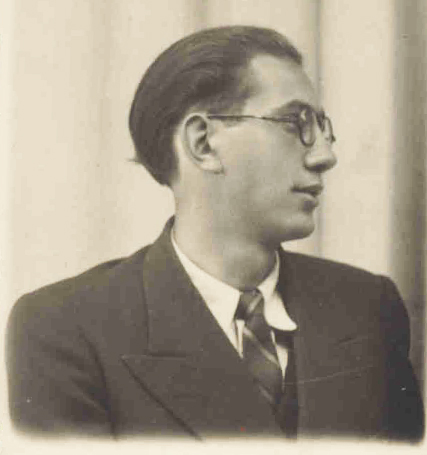 Listen to the most beautiful melodies of chazanut by Shalom Berlinski, first cantor in the synagogue of la Victoire from 1948 to 1979

From 1948 to 1979 Shalom Berlinski was the first cantor (Chazan) at the Great Synagogue of La Victoire in Paris. Present at all religious or official ceremonies, he has been a reference of French Ashkenazi cantorial art for more than thirty years.

Shalom Berlinski used to say, “Chazan is the most beautiful function that Judaism has created. (…) When one deepens the prayer and repeats it daily, one can really have an extraordinary spiritual satisfaction. “

During his long career, he will meet the greatest composers such as Henry Barraud, Jean Wiener, Darius Milhaud or Alexandre Tansman …

Between 1957 and 1968, in parallel with his religious functions of cantor at the synaggue of La Victoire, he taught chazanut (cantorial art) at the Israelite Seminary of Vauquelin Street in Paris, and, more specifically, the “singing” of the Torah in the Ashkenazi rite.

“His broad and supple voice expresses in their many shades the feelings of the faithful: adoration, thanksgiving, joy, pain, hope, anguish, but at the office of Yom Kippur, it surpasses and raises us to the top of the Jewish spirituality … “About Jacob Kaplan, Chief Rabbi of France, from the 33 rpm record” Yom Kippour and Sabbath Prayers, Schalom Berlinsky, First cantor of La Victoire – Choir Temple under the direction of Maurice Franck, at the organ: Jean Bonfils “