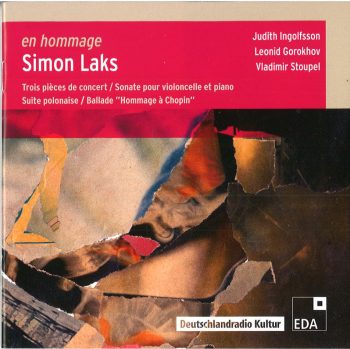 With this CD tribute to Simon Laks (1901-1983), the music label EDA continues its musical exploration of works from composers killed, deported, or who survived the Holocaust.

Deported to Auschwitz in July 1942, Simon Laks was the conductor of the Birkenau-Auschwitz prisoner’s orchestra for two years, a dreadful experience that he recalled in his book “Mélodies d’Auschwitz”.

A neo-classical composer, his many sung vocal works blend several different influences : the vocal lyrical tradition, the Polich lied, and the French style from between the two world wars.

He is also the author of many books.

Featuring in the CD :

Learn more and purchase the CD