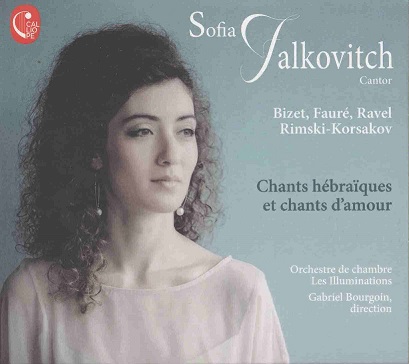 Paris-based mezzo-soprano Sofia Falkovitch is the first woman trained and ordained Cantor (Hazzan) in Europe and the only one in France. After many years of music and cantorial art studies, instructed by the best professors and chazzanim (cantors) in Israel, Europe and the United States, the artist researched and acquired a vast knowledge of this musical heritage. Her repertoire spans from Baroque, Classical and Romantic works to contemporary compositions, with the Art of Cantorial Improvisation her speciality.

Intercultural and interreligious dialogue has a pivotal position in her work. She regularly gives concerts, officiates at public events and serves as guest cantor throughout Europe, including being the first female Cantor in Luxembourg. She also performs across Israel (Masada, Jerusalem, Tel Aviv, Haifa), Canada (Montreal, Toronto), Asia (Singapore) and sings in synagogues representing the main branches of contemporary Judaism: Reform, Conservative and Traditional.

Born into an artistic family in Moscow and growing up in Berlin, she studied Music, Fine Arts and Journalism in Germany and Canada, regularly participating in concerts and international festivals. 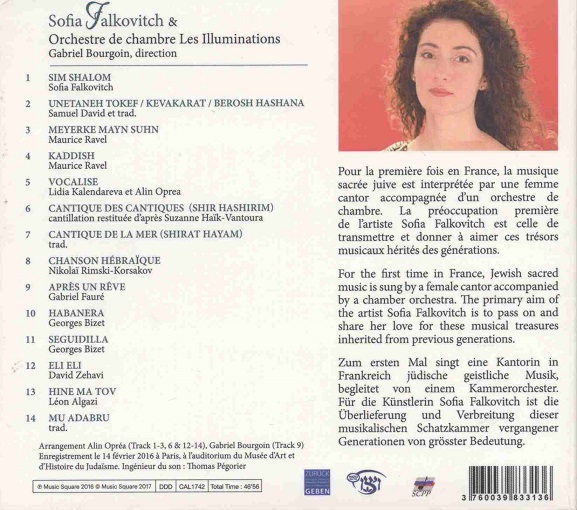 Her voice is classically-trained and she maintains broad music interests. She was a scholarship recipient of the German National Academic Foundation Ernst-Ludwig-Ehrlich for Gifted Students. She studied cantorial arts at the School of Sacred Music of the Hebrew Union College and at the Steinsaltz Institute in Jerusalem. In Berlin she undertook her cantorial studies at the Abraham Geiger Kolleg at the University of Potsdam and wrote her Master’s thesis on the composer Samuel Naumbourg and his Influence on Synagogal Music.

Brought up with a Yiddish vocal culture, she toured with her innovative show “Desert Rites”. She is also an accomplished actress, for example in Montreal, she appeared in numerous productions, including the Russian-language production Franzuzkie Strasti and collaborations with Theater “O!”. She hosted the popular cultural TV program “Russian Hour” and worked as a journalist for RTVi Overseas Media in New York.