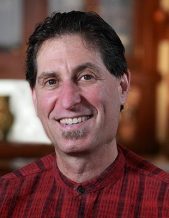 His parents, Yiddish speaking Jews with Lithuanian, German, Ukrainian and Belarusian origins, raised him with the love of Jewish tradition. Given a cultural education (music, songs, traditional meals) and religious education (they went to the synagogue, held a kosher home…), Yale’s parents were also progressives and full of political conscious, and sent him to a public school.

At the age of 8, having a good musical ear, Yale started taking violin lessons, following the advice of one of his teachers. His parents played a little piano and his mother loved classical music. His father loved to sing the hassidic nigunim he used to hear as a child. At the age of 12, Yale moved out of Detroit with his family and settled to San Diego. Two years later, he left his violin a bit, and preferred spending time with his friends. To remotivate him, his music teacher told him of a youth orchestra that was soon giving auditions. Yale, who liked competition, started practicing on his violin more seriously, in order to enter the orchestra. Very stressed on the day of the audition, he was sure to have failed. But two weeks later, a letter informed him that he was accepted in the orchestra. This changed his motivation about music. Playing with other young people, working for concerts, gave him back the taste for musical performance, and he then worked regularly on his instrument. He stayed in this orchestra for about 6 years.

At the university, Yale Strom studied American civilization, as well as wood handcraft. But he didn’t feel he was good at handcraft. He then started law studies, but didn’t finish that either.

Aged 23-24, he wanted to create his own klezmer band, but with an original repertoire. Of course, he could find tunes in the existing sheet music books, but this didn’t interest him. He wanted something new. He asked himself if there were unknown Jewish melodies in Eastern Europe.

After a little research, he got the address of a retirement home for Jews in Zagreb in ex-Yougoslavia (Croatia today). In 1981, he bought a one way ticket to Vienna, and started a first ethnographic expedition from Vienna, then he went to Zagreb, and after walking 10 km, arrived at the retirement home. He spent ten days there, collecting stories and melodies from the residents.

In 1982, he created his klezmer band, Hot Pstromi.

He left again in 1984 for a second expedition, still with this idea of collecting Jewish tunes with the corresponding stories. For over thirty years, he made more than 70 trips and did field research. On one of his expeditions, he discovered cantorial sheet music in an abandoned synagogue in Carei in Rumania. This music inspired him to write pieces for a string quartet « In The Memory Of … ».

In 1998, being already a recognized klezmer musician, he was asked to write a symphony for the 50th anniversary of the state of Israel. He was also the first klezmer musician to have played for the General Assembly of the United Nations.

His 15 published CD’s run the gamut of traditional klezmer to “new” Jewish music. Since the beginning, he has been composing his own New Jewish music, which combines klezmer with Khasidic nigunim, Roma, jazz, classical, Balkan and Sephardic motifs
Strom is one of the only top composers of Jewish music to carry on the tradition of writing original songs, with Yiddish lyrics, about humanitarian and social issues. He also played with world known musicians, such as Andy Statman, Alicia Svigals, Mark Dresser, Salman Ahmad …

He is the author of 11 books (ethnographic, musicologic, photography books, children’s books, music methods and music scores). All speak of Jewish or Roma culture. The Book of Klezmer: The History, The Music, The Folklore, published in 2002, is a 400 page history with original photos and sheet music gathered by Strom during his many ethnographic trips to Central and Eastern Europe. In 2005 he publishes A Wandering Feast: A Journey through the Jewish Culture of Eastern Europe, which is part cookbook, part travelogue. He also wrote the first biography of the famous klezmer clarinet player Dave Tarras: The King of Klezmer, which includes rare photographies and music scores.

Finally, Yale Strom directed 9 award winning filmed documentaries, among which : The Last Klezmer: Leopold Kozlowski, His Life And Music (1994), Klezmer on Fish Street (2003) or A Man From Munkacs: Gypsy Klezmer (2005).