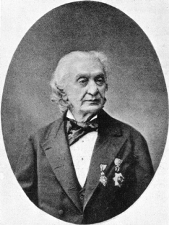 Salomon Sulzer was born on March 30th, 1804 in Hohenems (Austria). His family, who bore the name Loewy (Levi) before 1813, came from Sulz (Austria), from which comes probably the name « Sulzer ». In 1748, the Sulzer family settles down in Hohenems, about 10 km north of Sulz, and this is where the young Salomon Sulzer is born.

From his earliest age, Salomon Sulzer learns liturgical singing with the cantors of Endingen (Switzerland), of Karlsruhe (Germany), and later on with Salomon Eichberg, cantor in Hohenems and Düsseldorf. In 1820, at the age of 16, Sulzer is appointed cantor and choirmaster in his hometown of Hohenems. He will work there five years, during which he modernizes the liturgy and introduces choral music during services. 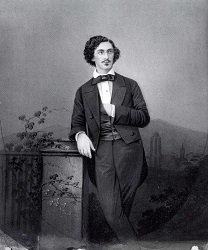 In 1826, at the request of the modernist rabbi Isaak Noah Mannheimer of Vienna (Austria), he is appointed main cantor in the new synagogue Seitenstettengasse of Vienna where he will work 54 years. There he reorganizes the musical parts of the Jewish liturgy, keeping the melodies and traditional chants, but harmonizing them following the musical concepts of his time. This reform of liturgical chants, which aimed to settle an “organized service” (Geordneter Gottesdienst) instead of the improvised nature of the cantor’s chants, was later on widely adopted by the reformed synagogues in the middle of the 19th century. 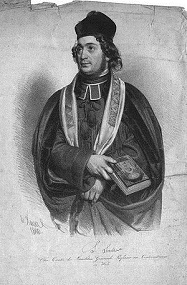 Apart from the Viennese Judaism, Sulzer was quickly recognized as a strong figure in the musical world, and his wonderful bariton voice was known above and beyond the limits of the city. The composers Franz Schubert, Franz Liszt, Giacomo Meyerbeer, Robert Schumann and Niccolo Paganini were part of his many admirers and friends who often came to the Vienna’s temple to listen to Sulzer.

Sulzer published a great number of musical scores, from which part are his own compositions, as well as others from different composers. He also wrote secular music (among them some from Goethe’s poems) and, as a singer, he was particularly noticed for his performances of Schubert’s Lieder. In fact he asked the latter to write the music of a hebraic psalm, which he did for Psalm 92 Mizmor shir leyom hashabbat, Tov lehodos… and which was sung in the Vienna’s synagogue by Sulzer himself during summer 1828. 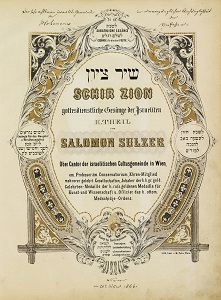 Between 1840 and 1865 (or 1866), Sulzer published his master work : Shir Zion (Zion’s chant), a collection of music in two volumes for Sabbath and Jewish holidays, including Rosh Hashanah and Yom Kippur, for cantor, choir and assembly’s answers, with an optional accompaniment with the organ. This collection is a compromise between Jewish traditional chants (for the cantor) and aspects taken from Protestant liturgy for the choir.

This work of compilation and modernisation of the liturgical chant made Sulzer to be called « father of modern synagogal music ». And his music and influence continued long after his death, the 17th of January 1890 in Vienna.

Let’s note finally that Sulzer also published a small book of songs called Duda’im as well as several secular and sacred tunes. In all his liturgical compositions, a special attention was brought to the Hebrew text and its prosody. The compilation Zwanzig Gesänge für den Israelitischen Gottesdienst (Vienna, 1892) was published after his death.

Listen to a selection of works by Salomon Sulzer