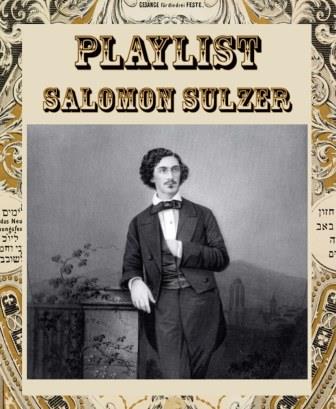 Precursor of the new Ashkenazi synagogal service in the 19th century

The best liturgical tunes by Salomon Sulzer, precursor of the new synagogal music in Europe in the beginning of the 19th century

Considered the father of the new synagogal music in Europe at the beginning of the 19th century, Salomon Sulzer was born on March 30, 1804 in Hohenems (Austria). Trained in liturgical singing when he was very young, he was appointed main cantor of the new Viennese synagogue in 1828. He was then 22 years old. In this synagogue, in which come traditionalists and reformists, Sulzer will reorganize the liturgy, keeping the tunes and traditional chants of prayers in Hebrew, but arranging them for choir, soloist and organ. Furthermore, he asked non-Jewish composers, such as Schubert (1797-1828), Joseph Drechsler (1782-1852), Ignace von Seyfried (1767-1841), Franz Volkert (1778-1845) or Vaclav Würfel (1790-1832), to compose new synagogal tunes.

This new liturgy of the Viennese rite will be compiled by Sulzer in a big two volume collection called Shir Zion (The chanting of Sion), published between 1840 and 1865 (or 1866), and containing 150 tunes of Sabbath and Jewish holiday for cantor, choir and assembly’s answers, with an optional accompaniment with the organ.

For this, Sulzer can be considered as one of the precursors of the reform of the Ashkenazi synagogal cult, like Israël Lovy (1773-1832) in Paris, Maier Kohn (1802-1875) in Munich, Hirsch Weintraub in Koenigsberg (1838), Louis Lewandowski in Berlin (1840) or Samuel Naumbourg in Paris (1845). These different cantors compose tunes for prayers in a pure tonal style, but not rejecting the old synagogal chants that they try to harmonize.

Salomon Sulzer passed away on January 17, 1890 in Vienna. His liturgical compositions are still sung today in the synagogues of Vienna, but also in France (Paris, Strasbourg…), in Great Britain and in USA.