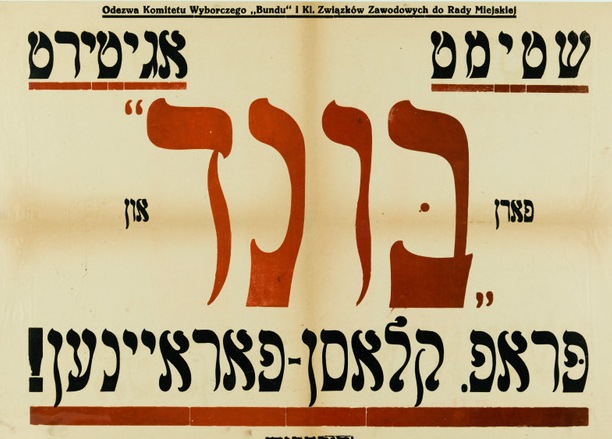 The General Jewish Labour Bund in Lithuania, Poland and Russia, generally called The Bund was a secular Jewish socialist party initially formed in the Russian Empire and active between 1897 and 1920.

Fighting for the emancipation of Jewish workers as part of a broader struggle for socialism, the Bund advocates the right for Jews to establish a secular Yiddish-speaking nationality. He therefore opposes both Zionism and Bolshevism, whose centralizing tendencies are criticized. 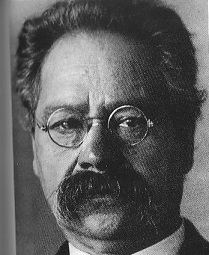 The Bund was founded in Vilne (Vilnius in Yiddish) on October 7, 1897, by activists of the Marxist group of the city. It seeks to unify all Jewish workers in the Russian Empire as part of a unified socialist party. Although the term “Jewish” is in the name of the party, its founders do not want to create a specifically Jewish party: they are social democrats working in Jewish environment and using the Yiddish language. For them, the party is a detachment of the Russian socialist movement working in a Jewish environment. The Bund distributes a quality underground press in Yiddish that resists tsarist repression.

The Bund was a secular socialist party, opposed to what seemed reactionary in the traditional Jewish life in Russia. The party faced the hostility of rabbis who condemned actions against tsarism. The birth of the Bund marked the break of a Jewish tradition rooted in the communities of Russia. According to Rachel Ertel, “for some, atheism became an article of faith for which they were ready to die as their fathers for the ” Sanctification of the Name “(Kiddush Hashem).

The Bund firmly opposed Zionism, saying that emigration to Palestine was just a form of wild rush forwards. During its 4th Congress, the Bund “considered Zionism as a reaction of the bourgeois class against anti-Semitism and the abnormal situation of the Jewish people. Political Zionism aiming at the creation of a territory for the Jewish people can not pretend to solve the Jewish question, nor […] satisfy the people as a whole. “(Quoted by Henri Minczeles, General History of the Bund, a Jewish Revolutionary Movement, Denoel, 1999, 68.). 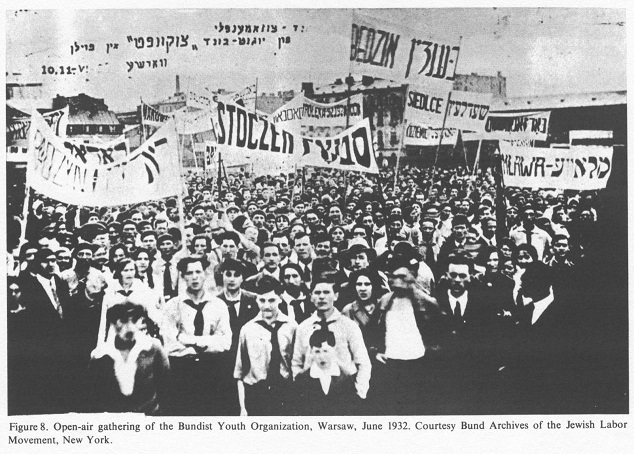 After the Nazi invasion, the Bundists played an important role in the armed resistance of the Jewish population against the Nazi occupation. The activity of the Bund, however, was slowed down by Stalinist repression. In the middle of the war, Stalin ordered the execution of two of the main leaders of the Bund. Victor Alter and Henryk Erlich were shot in Moscow in December 1941 under the cynical and false accusation of being agents of Nazi Germany. A representative of the Bund, Samuel Zygelboym, member of the Polish government in London during the Second World War, committed suicide in 1943 to protest against inaction of the Allies in the face of the ongoing Holocaust. The Bund also played an important role in the Warsaw ghetto uprising and was one of the main components of the Jewish Combat Organization in which it was represented by Marek Edelman.

The Bund still formally exists in the 21st century as a Jewish Labor Bund, an organization associated with the Socialist International, but the Holocaust has destroyed the people in which it was rooted. New York is its international base; only sections remain in the diaspora, like in Australia, the United Kingdom, Israel or in France with the Medem Arbeter Ring Center.

Whether they are in French, Yiddish, Spanish, Italian, German or Russian, all revolutionary songs express the same feeling and the same aspirations. The feeling of those who stand against an established order for the benefit of a minority. The slogan of rebellion that arises when one who has enough to endure, shouts: “That’s enough!”
These songs reflect the ferocity of years of misery, exploitation and dictatorship, but also the hope of a better world, free of injustices and war.

The Bund played a vital role in supporting Yiddish cultural circles, as well as musical and theatrical ensembles.
A great number of revolutionary songs have been written in Yiddish, whether by authors such as David Edlestadt, Mordkhay Gebirtig, Morris Winchevsky, or simply created in the streets and chanted by masses during events. Here are some authors of these songs of struggle.

Shloyme Zanvl Rappoport (1863 – 1920), known as Sh. Anski, is a writer, journalist and ethnographer, specialist of Jewish folklore and Yiddish culture. Known in particular for being the author of the great classic of Yiddish literature The Dibbuk, he also wrote for the Bund two songs: Tsum Bund (To The Bund) and Di Shvue (The Oath). Di Shvue, written in 1902, became the anthem of the Bund and is sung during commemoration, as well as on the 19th of April in memory of the Warsaw Ghetto uprising. 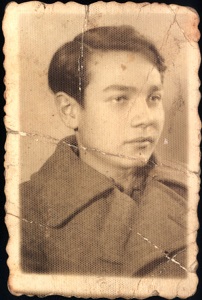 Hirsh Glick (1922 – 1944) is a Jewish poet of Lithuania. At the age of 13, he composed his first poems in Hebrew, which appeared in the local Jewish press, and then, under the influence of Yung Vilna (“Young Vilna”), a group of young Jewish poets and illustrators, he writes in Yiddish, his native language. Yung Vilna will become, under the influence of Leizer Wolf, the most important group of Yung Vald (“Young Forest”), of which Hirsh Glick is the most eminent poet. After the Operation Barbarossa (attack of the Third Reich Army on the Soviet Union in 1941), Hirsh Glick was sent with his father to the Baltoji Vokė Labor Camp and then to Rzeza. Although weakened physically, he continues to produce poems filled with hope, which comfort his fellow prisoners. He sends his poems to his friends in the Vilnius ghetto, where they are published in local periodicals, and even win competitions.

In 1943, when the Rzeza camp is liquidated, because of his links with the partisans, Glick is transferred to the ghetto, taking part in his cultural life, but also in the clandestine struggle, alongside the Fareynikte Partizaner Organizatsye (“Unified Organization of the Partisans “). Hirsch Glick participates in sabotage and prepares an uprising of the ghetto. In 1943, when the news of the Warsaw ghetto uprising is heard by the Jews in Vilnius, Hirsh Glick writes the song of the Jewish partisans (Zog nit keyn mol – Never Say) in the Vilnius ghetto. This heroic song sounds like an act of faith in the survival of the Jews and their final victory. It glorifies the struggle of the Jews against the Nazis. The song is immediately adopted as the hymn of the resistance of the Vilnius ghetto. It is sung in other ghettos. 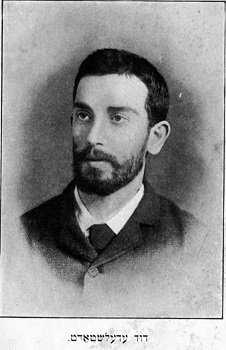 David Edelstadt (1866 – 1892) is a Russian anarchist poet and worker. Born into a Russian Jewish family, his father, Moise Edelstadt, was forcibly drafted for nearly 25 years in the Tsar’s army, a practice most commonly used against Jews at the time. On May 8, 1881, he was hit by a pogrom during which Jews from the Kiev region and its environs were violently attacked. Following his hospitalization, he meets a doctor who helps many Jews to flee to the United States. With the help of this doctor, he emigrated to the United States in 1882. It is in these years that he adopted Yiddish as a language of current expression, instead of Russian. He became the editor of the weekly anarchist newspaper Fraye Arbeter Shtime (The Voice of the Free Worker). Among his poems set to music are Mayn tsavoe (My Testament) or In Kamf (In Combat). 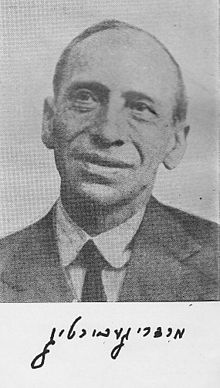 Mordchay Gebirtig (1877 – 1942) is a Yiddish-speaking Polish Jewish poet and composer. He gets involved in the Bund: for him, Jewish life must continue in Poland (and not in Palestine); Socialism must replace religion, and Yiddish must become the language of the Jewish masses. He wrote about a hundred songs, often filled with social meaning, ranging from lullabies to nostalgic songs, passing by the revolutionary song (Arbetlozer marsh). The most known is undoubtedly Undzer shtetl brent, a song of revolt written after the Przytyk pogrom in 1938, which was sung by the ghetto fighters.

Many other Jewish writers have written revolutionary songs or poems set to music, such as Avrom Reysen, Y.L. Peretz, Nokhem Yud, S. Lehman …

Listen to the playlist Yiddish revolutionary songs
Read the article of the CD In Love And Struggle, The Musical Legacy of the Jewish Labor Bund
Learn more about the BUND and the Medem Center