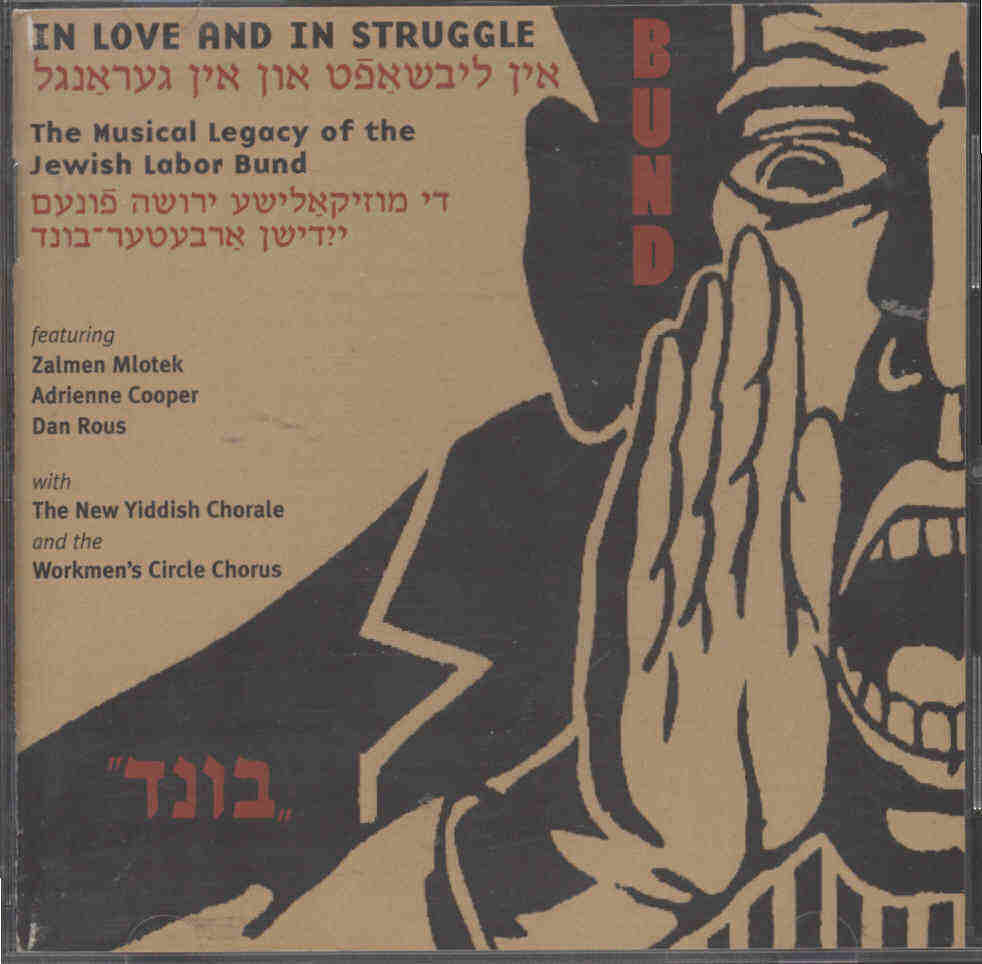 The Musical Legacy of the Jewish Labor Bund

This is such an extraordinary album. Massive and wonderful columns of human voice, great soloists such as Adrienne Cooper (z’’l), and a dazzling selection of Yiddish songs from the Jewish Labor Bund, that represented the best of Jewish socialist aspirations in Russia. From the opening “Hof un Gleyb” (Hope and Faith), the album swoops and inspires. Then there are moments such as the quiet “Vilna,” the song invested with an emotional meaning that it lacks when sung as a golden moldy bit of nostalgia. Here, instead, Cooper’s narrative, describing the founding of the Bund in Vilna, turns the song into an expression of faith. Cooper’s solos here are so solid, so full of the future, that instead of looking back at was, we are looking forward, with the eyes of the bundists, to the world that was, they believed, to come. And the chorus, that mass of perfect human voices? It provides the emotional ocean in which the solos swim.

Yet, this album is more than nostalgia. Well, parts of this album are more than nostalgia. As I listen to the chorus sing, “Hey Hey Daloy Politsey!” (Hey, Hey, down with the police), I am twice nostalgic : once for the years when this song was new, and when improvising new lyrics was a part of every demonstration, and the wish that we had known of this song back in the Sixties, or Seventies and Eighties and Nineties, as we continue to demonstrate, and continue to fight for social justice.

This is an album that can also be listened to with immense pleasure simply for the music. It is simply delicious. This album has been produced in 1999 for the 100-Year Anniversary of the founding of the Bund. And, if today, the Bund is less visible, we have unions, co-ops, and a new generation of organizations to carry on the struggle. For those of us who are activists, today, this album is an inspiration and a moment away from political struggle to enjoy. For those of us who have held back and remained uninvolved, this album is inspiration and proof that it matters, that our participation in the struggle for a better world, for tikkun olam, either religiously, or as secular activists (or both!), matters and has an impact. For those who fear that lack of Yiddish will prevent full enjoyment of this album, be assured that the narratives are in English, and the liner notes containing excellently done English, Yiddish, and transliteration.

All in all, even if only judged by it’s Musical Legacy, the Jewish Labor Bund has passed on a tradition of power and wonder, and Zalmen Mlotek and the two choruses involved with this CD have done justice to that legacy. Listen and enjoy. 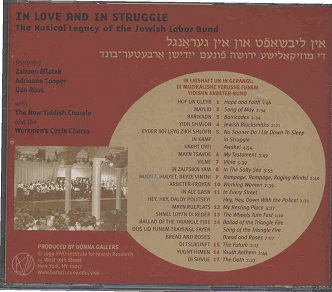 Learn more about the Bund
Purchase the CD